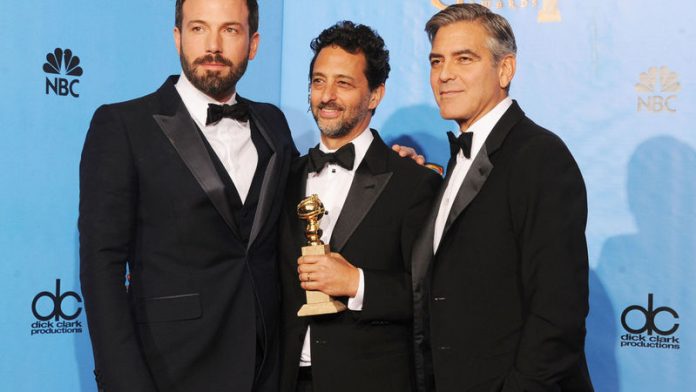 On Sunday Argo won the top prize – best dramatic movie – and Affleck was named best director for the film – three days after he failed to get an Oscar nomination in the same category.

Daniel Day-Lewis won the award for best actor in a drama for his performance in Lincoln – Steven Spielberg's film about the United States's former president Abraham Lincoln's battle to end slavery. It was the only win for the movie, which received seven Golden Globe nominations.

Jessica Chastain won for her role as a young female CIA agent who tracks down Osama bin Laden in thriller Zero Dark Thirty.

Tarantino's unexpected award
Former president of the US Bill Clinton got a standing ovation from the A-list Hollywood stars when he appeared to introduce clips from Lincoln.

The HFPA showed off its maverick side when it gave its screenplay award to Tarantino, rather than the screenwriters of Lincoln or Osama bin Laden thriller Zero Dark Thirty.

"Wow! … This is a damn surprise, and I am happy to be surprised," Tarantino said, accepting his award.

Foster on her sexual orientation
Comedians Amy Poehler and Tina Fey, hosting the Globes for the first time, scattered jokes about some of the top Hollywood stars in the audience, with impersonations of Johnny Depp and Julianne Moore.

Jodie Foster (50), who won Oscars for Silence of the Lambs and The Accused, was given a lifetime achievement award, and publicly acknowledged that she is gay.

Foster said she had been upfront about her sexual orientation for years to friends and co-workers, but had never felt the need to bare her soul in public.

Unlike the Academy Awards, the Golden Globes also honour television dramas and comedies.

On Sunday they chose Showtime terrorism thriller Homeland as best drama series, and the show's Damian Lewis and Claire Danes as best actor and actress.