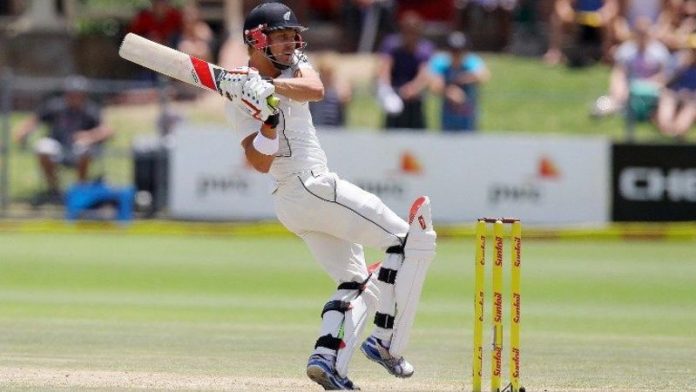 Fast bowler Dale Steyn claimed innings figures of three for 48 and match figures of eight for 65, as New Zealand were bowled out for 211 in their second innings half an hour before lunch.

New Zealand also lost the first Test by an innings after they were bowled out for 45 before lunch on the opening day.

South Africa captain Graeme Smith said that he had been pleased by the standard of cricket his team had played over the series as they strengthened their position as the world's top-ranked Test nation.

"We've had to work hard to get into this position and it's nice to keep playing well and it's been a wonderful two Test matches for us," Smith said at the post-match presentation."

"They [the wins] were very professional and both were very big wins. A lot of guys contributed and I thought our style of cricket and the way we played was good. Bar a couple of dropped catches in the first test I thought our cricket was of a very high standard."

Brownlie brought up his fourth test fifty but after making his way to 53 off 141 balls he edged a delivery from Jacques Kallis to keeper AB de Villiers.

Watling, one of the few positives the Black Caps could take out of the series, recorded his second half-century of the match, scoring 63 off 117 balls with 11 boundaries before he was bowled by a superb delivery from Steyn that pegged back the batsman's off-stump.

Brownlie's dismissal left New Zealand on 182 for five and the advent of the second new ball brought about the departure of Colin Munro (15) 21 runs later when the left-hander was caught at third slip off a delivery from paceman Morne Morkel.

Steyn followed up Watling's dismissal by having Doug Bracewell (0) caught by a diving Alviro Petersen at third slip before Morkel got Trent Boult (3) caught at point.

Tough play
Steyn wrapped the series up by having Neil Wagner (4) caught by De Villiers. New Zealand skipper Brendon McCullum conceded his team had been inferior to the Proteas.

"We knew coming in to this series that is was going to be tough playing against the number one side in the world. We will learn a lot of lessons from this. We were well short of the mark and we were exposed.

"We wanted to come here and compete … but South Africa showed their class and we weren't quite up to the mark," he said.

A three-match one-day international series between the two countries starts in Paarl on January 19. – Reuters