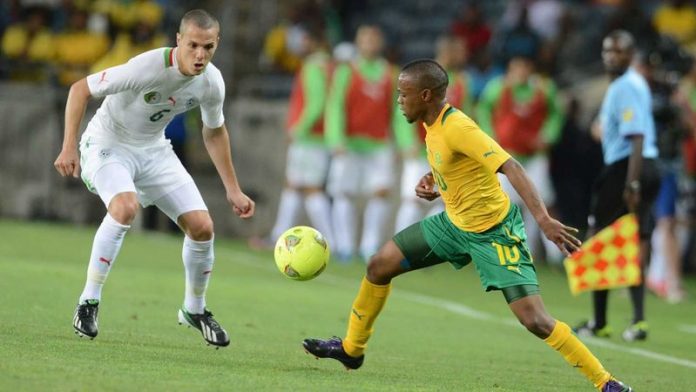 It was during the 2010 World Cup, I forget which one of the only three matches we played in it was, that by some chance a shot at goal managed to hit the woodwork. We did not win that match but we showed grit, especially considering how much the cold of that particular winter bordered on the unbearable. After the match one of the local commentators, in an attempt to placate the swelling feelings of Bafana fans, said rather cheerfully: “At least we hit the goal post.” In many ways that pretty much sums up the emotional abuse that South African soccer fans have had to endure at the hands, or should I say feet, of Bafana Bafana.

Just over two and half years after the World Cup, for which we qualified on the comical basis that we were the hosts, we have before us, the 2013 Africa Cup of Nations (Afcon), another tournament that we are hosting without having had to do much. Despite this knowledge the powers that be are trying to drum up the delusional support and belief in ordinary South Africans, that somehow, someway, our team of tragic wannabe soccer heroes will surprise many. Perhaps we should have just let go of wanting to host another tournament instead of trying to resurrect and re-ride the feel-good wave that was the 2010 World Cup. In any event, that wave crashed a long time ago, probably around the same time as we crashed out of the group qualifying stages of that fateful World Cup.

But we South Africans are a special lot. We are believers, even in the nonsensical. Regardless of the odds we secretly hold on to the belief that some kind of miracle will manifes in front of our very eyes, that our ailing Bafana will draw strength from God knows where and leave us proud and overjoyed.

Realistically though, Bafana Bafana is to South African soccer fans what the South African government is to its citizens: all talk with promises of improving things but providing little or no delivery. To be fair, I suppose I should add the South African Football Association (Safa) to this mix; their incompetence is in many ways legendary. Having had a number of its executive members implicated in a match-fixing scandal thanks to a Fifa-backed investigation and report, Safa is definitely not boding well as an exemplary institution that can be relied upon to ensure that South African soccer reaches the heights it should.

Of the two friendly matches that we have had in preparation for the Afcon the only thing that we have managed to take out of both is the fact that we create a lot of chances – you could easily replace this line for all intents and purposes with the “hitting of the goal posts” – our consolation for a job far from well done. Of course one cannot leave out the fact that we South Africans also have a neck for wanting instant gratification where matters of service delivery are concerned. We often refuse to take into consideration how long it takes for certain goals to be achieved, although the plans to achieve these goals never seem to reach the implementation phase.

Bafana Bafana are no different and even though we genuinely want them to do well we’re are not willing to give them or the coach, whose job it is to guide them, the time necessary to build a respectable team. We’re quick with those substitution signs and with demanding that the coach be fired, and Safa is all too eager to incompetently oblige.

We have Gordon Igesund now, someone considered to be the best local coach that the country has ever produced. Maybe he will awaken us from our slumber or maybe he is just heading for spectacular failure given the pressure that he is already working under. One thing’s for sure, should he fail, his dismissal will be lobbied for and demanded, and sooner than you know it we’ll have another coach and still a luckless Bafana Bafana. It’s a vicious cycle with no apparent end in sight but for the next three weeks or so we will ignore this awful truth and hope that miracles really do happen.