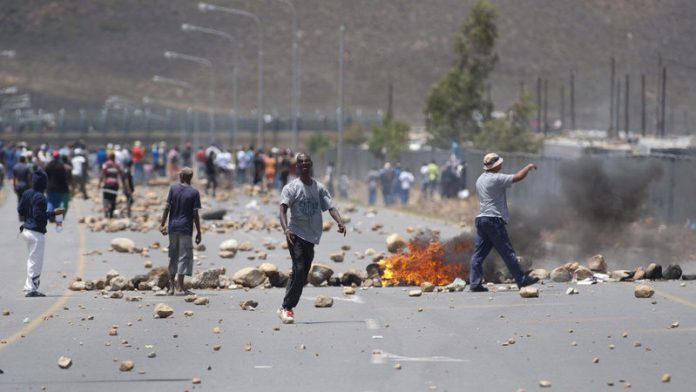 The 23-year-old was the third person to die in a series of farm protests by workers in rural areas around Cape Town.

The man was hit as police confronted stone-throwing protesters in the town of De Doorns on Monday as a walk-out by thousands of farmworkers entered its second week.

He died later that day in hospital and an independent police watchdog was now looking into the matter, said police spokesperson FC van Wyk on Tuesday.

Two protesters were killed in similar circumstances in November when thousands of fruit pickers and packers in rural towns in the same area downed tools to demand a doubling of basic daily wages to R150 from the current R69.

There has been little let-up in a wave of labour unrest that began six months ago in the country's platinum mines and then swept through the trucking and agriculture sectors.

South Africa, struggling with slow economic growth, is also bracing for job losses and more unrest in its crucial mining sector – responsible for about 6% of the economy.