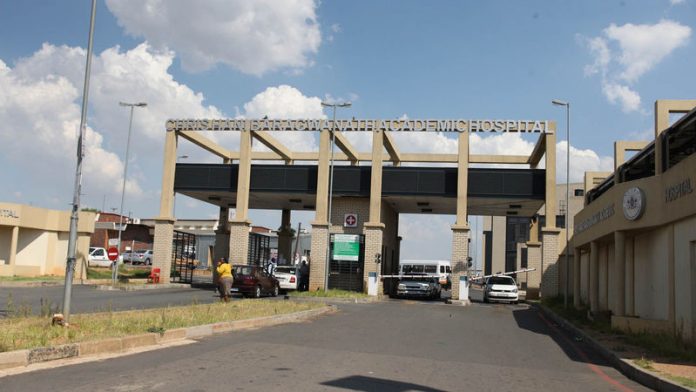 Health MEC Hope Papo said on Wednesday students were expected to vacate the college by Wednesday afternoon. The closure of the college follows a week-long illegal protest and class disruptions by students, who demanded that three heads of department (HODs) should be removed from the college.

"The students have also defied a court interdict compelling them to stop the protest and return to classes," said Papo. He said the department remained committed to addressing whatever legitimate grievances the students had. However, the department would not "act unlawfully against any of its staff members".

The dispute over the HODs started in 2011 when the students submitted grievances demanding the removal of the staff members, among others.

The reporting lines of the HODs were temporarily changed during the investigation and they did not report to the college, he said. Investigation teams completed their report in February 2012.

Arbitration award
Meanwhile the HODs declared a dispute over the changing of their reporting lines. They sought and won an arbitration award, allowing them to return to work in August 2012.

In reaction to the HODs return, students protested and disrupted the functioning of the college. Management then agreed that the HODs should go on special leave to allow the department to bring the situation back to normality.

Papo said a series of meetings were held with the student representative council to find a solution. "The department even appointed a private mediator to assist the process of finding an amicable solution to the impasse.

"The students however refused to participate in the mediation process," he said.

Strikes resumed on January 7 and the situation deteriorated, with students refusing to attend classes. – Sapa

Behind the masks: Meet the people who keep Gauteng’s Covid-19 field hospital going

Collusion, competition and corruption — A new Rx for better healthcare?