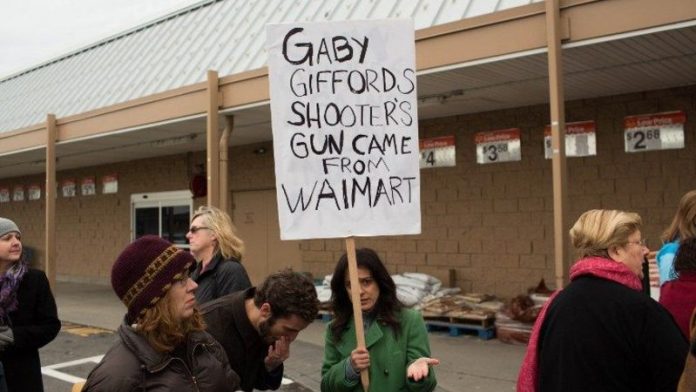 US President Obama is launching the most sweeping effort to curb American gun violence in nearly two decades, and New York Governor Andrew Cuomo on Tuesday signed into law one of the nation's toughest gun-control measures.

The measure is the first to be enacted since the mass shooting last month at an elementary school in neighbouring Connecticut.

The Bill passed the Democrat-led Assembly on Tuesday afternoon, a day after sprinting through the Republican-majority Senate. State lawmakers have been in session for just a matter of days.

New York's legislation comes just a day before Obama was expected to propose a national assault weapons ban and improved background checks as part of a sweeping package of initiatives to curb gun violence in the wake of the Sandy Hook Elementary School massacre.

Obama is urging a reluctant Congress to ban military-style assault weapons and high-capacity ammunition magazines like those used in the massacre.

Lay down your arms
The broad package Obama will announce on Wednesday is also expected to include more than a dozen steps the US president can take on his own through executive action.

Those measures will provide a pathway for skirting opposing lawmakers, but they will be limited in scope, and in some cases, focused simply on enforcing existing laws.

But Congress would have to approve the bans on assault weapons and ammunition magazines holding more than 10 bullets, along with a requirement for universal background checks on gun buyers.

Some gun control advocates worry that opposition from Republicans and conservative Democrats, as well as the National Rifle Association, will be too great to overcome.

The NRA released an online video on Tuesday that called Obama an "elitist hypocrite" for having armed Secret Service agents protect his daughters at school while not committing to installing armed guards in all schools.

White House officials signaled that Obama would seek to rally public support for the measures he puts forward, perhaps holding events around the country or relying on Organising for America, his still-operational US presidential campaign.

Gun ownership
For many Americans, gun ownership is a cherished right protected by the Second Amendment of the US Constitution. Others argue that the country's founders in the 18th century could never have envisioned the sort of high-powered assault weapons used in the Newtown attack.

White House officials, seeking to avoid setting the US president up for failure, have emphasised that no single measure – even an assault weapons ban – would solve a scourge of gun violence across the country.

But without such a ban, or other sweeping Congress-approved measures, it's unclear whether executive actions alone can make any noticeable difference.

"It is a simple fact that there are limits to what can be done within existing law," White House spokesperson Jay Carney said on Tuesday. "Congress has to act on the kinds of measures we've already mentioned because the power to do that is reserved by Congress."

Obama will announce his proposals in a midday event at the White House, flanked by children who wrote to him about gun violence following the massacre of 20 students and six adults at Sandy Hook Elementary School.

Law enforcement officials, mayors from across the country and supportive congressional lawmakers are also expected to attend. According to a lobbyist briefed on Tuesday, Obama will present a three-part plan focused on gun violence, education and mental health.

Measures to be taken
The US president will call for a focus on universal background checks. Some 40% of gun sales take place without background checks, including those by private sellers at gun shows or over the internet, according to the Brady Campaign to Prevent Gun Violence.

The US president will call for banning assault weapons and limiting ammunition magazines to 10 rounds or fewer, and also propose a federal statute to stop "straw man" purchases of guns and crack down on trafficking rings.

He'll order federal agencies to conduct more research on gun use and crimes, something Republican congressional majorities have limited through language in budget Bills, the lobbyist said.

Obama has pledged urgent action to prevent future mass shootings, and his plan – coming just one month after the Newtown attacks – is swift by Washington standards.

The US president's framework is based on recommendations from US Vice-President Joe Biden, who led a wide-ranging task force on gun violence. Beyond the gun control measures, Biden also gave Obama suggestions for improving mental healthcare and addressing violent images in video games, movies and television.

The US vice-president's proposals included 19 steps that could be achieved through executive action. Obama may order the Justice Department to crack down on people who lie on background checks; only a tiny number are now prosecuted.

Limits
Such a step has support from the National Rifle Association, which has consistently argued that existing laws must be enforced before new ones are considered.

He also could take steps ordering federal agencies to make more data on gun crimes available and conduct more research on the issue, something Republican congressional majorities have limited through language in budget Bills. And he may order tougher penalties against gun trafficking and give schools flexibility to use grant money to improve safety.

Gun control proponent representative Bobby Scott, a Democrat who met with Biden on Monday, said the US president is also likely to take executive action to ensure better state reporting of mental health and other records that go into the federal background check database.

But he, too, acknowledged there were clear limits to what Obama can do without Congress' say-so. "You can't change the law through executive order," Scott said. States and cities have been moving against gun violence as well.

New York's Assembly voted 104-43 on Tuesday to approve a law calling for a tougher assault weapons ban and provisions to try to keep guns out of the hands of the mentally ill who make threats.

Democratic Governor Andrew Cuomo quickly signed the measure into law. "Common sense can win," Cuomo said. "You can overpower the extremists with intelligence and with reason and with common sense."

The National Rifle Association criticised the Bill in a statement. "These gun control schemes have failed in the past and will have no impact on public safety and crime," the group said.

Restrictions
The measure also calls for restrictions on ammunition and the sale of guns. Under current state law, assault weapons are defined by having two "military rifle" features such as folding stock, muzzle flash suppressor or bayonet mount.

The proposal reduces that to one feature and includes the popular pistol grip. Private sales of assault weapons to someone other than an immediate family will be subject to a background check through a dealer.

New Yorkers also would be barred from buying assault weapons over the internet, and failing to safely store a weapon could lead to a misdemeanour charge.

Ammunition magazines will be restricted to seven bullets, from the current 10, and current owners of higher-capacity magazines will have a year to sell them out of state.

An owner caught at home with eight or more bullets in a magazine will face a misdemeanour charge. White House officials signaled that Obama would seek to rally public support for the measures he puts forward Wednesday, perhaps holding events around the country or relying on Organising for America, his still-operational US presidential campaign.

Different priorities
"The US president's success in using this strategy, I think, is pretty notable," Carney said of Obama's efforts to engage the public in previous legislative fights. Still, it's unclear how much political capital Obama will exert in pressing for congressional action.

The White House and Congress will soon be consumed by three looming fiscal deadlines, each of which is expected to be contentious.

And the US president has also pledged to tackle comprehensive immigration reform early this year, another effort that will require Republicans' support and one in which Obama may be more likely to get their backing.

Senator Mitch McConnell, the chamber's top Republican, has warned the White House that it will be at least three months before the Senate considers gun legislation.

And Senate Majority Leader Harry Reid, a Democrat, has said immigration, not gun control, is at the top of his priority list after the fiscal fights. – Sapa-AP, Reuters