Amcu calls for nationalisation of Amplats mine 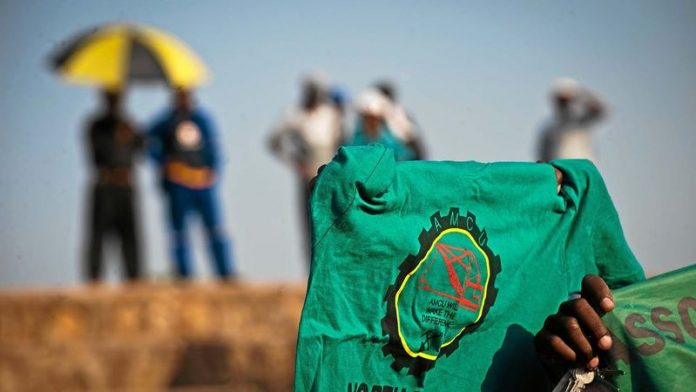 "If Anglo persists with the retrenchments, it's a window for government to take those mines and nationalise them," Association of Mineworkers and Construction Union president Joseph Mathunjwa told reporters in Johannesburg on Thursday.

"See if nationalisation will work on a small scale. The issue of retrenchments is just a drop in the water." Anglo American Platinum (Amplats) announced this week it could cut up to 14 000 jobs, close four shafts and sell a mine considered unsustainable. Mathunjwa expressed shock at the announcement.

"We were shocked on Tuesday …. This is very unacceptable," he said. "We all know the country is facing a high number of unemployment. Now for Anglo Platinum to shed so many jobs is a sign of not putting the interest of this country at heart."

The union would hold a meeting in Rustenburg to discuss and plan the way forward. Mathunjwa said it was important for the government to step in to find "amicable solutions" to the problems facing the mining sector and the economy at large.

"We cannot let these foreign investors do as they please with our mineral resources," he said. "It is high time now that we as a nation stand together and find ways of ensuring that our mineral resources benefit the people of South Africa." He said Amcu represented about 26 000 Amplats employees.

Workers' strike
On Tuesday, workers embarked on a strike and refused to go underground following the company's announcement that about 14 000 jobs could be lost by its plan to stop production at four of its shafts in Rustenburg.

The announcement came after Harmony Gold said it was suspending operations at its Kusasalethu mine in Carletonville to review operations after several illegal strikes. On Wednesday night, Amplats miners returned to work and abandoned their illegal strike, the company said.

Mathunjwa described the situation at Harmony Gold as tense. He said when workers returned to work on January 3, the gates were closed and they were told the mine was shut down until further notice.

Miners were denied access into the mine hostel and many slept outside the gates, he said. Amcu took the matter to the High Court in Johannesburg, to obtain an urgent interdict granting access to the hostels. The matter will be heard on January 22. – Sapa