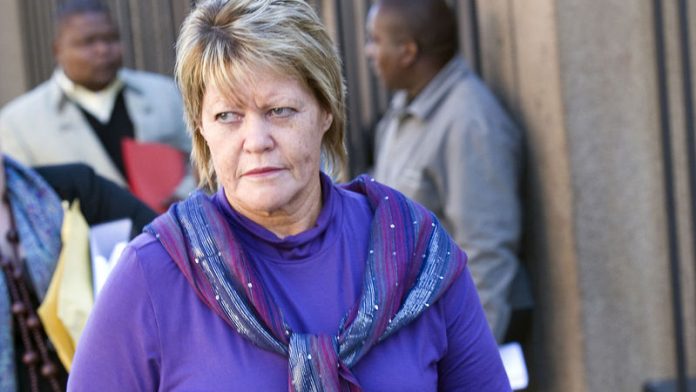 The recording was made in a meeting between a lawyer and an Imperial Crown Trading (ICT) director who the NPA thought might turn state witness in a prospecting licence investigation.

"We felt that there was very improper conduct and wanted to ensure statements were not attributed to [Archie] Luhlabo that he had not made," ICT advocate Ronald Mendelow said during cross-examination at the hearing in Pretoria.

Earlier the hearing was told that Breytenbach had been told by a lawyer, who did not want to be named in the hearing, that Luhlabo wanted to "defect". Breytenbach wanted him to know that her "door was open" if he wanted to turn state witness.

She could not raise it with Mendelow because he dealt with all of ICT's legal matters. An intermediary, according to the hearing, was then involved in Luhlabo contacting lawyer Nazeer Cassim.

Mendelow said Luhlabo told him about this and suspicions were raised about why Luhlabo should go to the meeting with Cassim. This was a week after ICT had laid a criminal complaint over the licences.

Secret recordings
Mendelow said Luhlabo told him about text messages for him to meet Cassim and when he returned from a trip abroad he went to a meeting with Cassim, and it was secretly recorded.

"It's a Sony … it's not a dictaphone … the kind of thing you would use at meetings," said Mendelow. Advocate Wim Trengove who represents Breytenbach, wanted to know why he would secretly record a meeting with a senior advocate.

"Because we felt that advocate Cassim was playing a highly improper role in this matter," said Mendelow. "We wanted to be absolutely damn sure that nothing would be attributed to him [Luhlabo] later that was not said."

Trengove wanted to know why he had not just picked up the phone and discussed with Cassim why he wanted to see Luhlabo. Trengove and Mendelow also spoke about whether a potential state witness who was a director would want his company to know what he was doing.

At the meeting with Cassim, the hearing was told that a message was said to have been conveyed from Kumba lawyer Michael Hellens to Luhlabo that he could face arrest if investigators had a strong case against him, and there was an offer of a deal if he wanted to turn state witness.

Mendelow, for ICT, considered this as intimidation. Mendelow said Cassim knew that he was not acting for Luhlabo and that he was guilty of professional misconduct by contacting his client, a shareholder and director of ICT.

Mendelow said dealing with "high litigation" such as this case, it made no sense that Cassim did not phone him about it, but Trengove also wanted to know why Mendelow had not phoned Cassim when he knew about the meeting.

Suspension
Breytenbach has been accused by ICT of working too closely with Hellens on drawing up affidavits and warrants in the investigation.

She was suspended last year, hence the disciplinary hearing. ICT laid two complaints with the NPA over the handling of the prospecting licence for a 21.7% stake in Arcellor Mittal's Sishen mine, after their licence lapsed.

The actual review of the licence is due to go back to court, to the Supreme Court of Appeal in February. The hearing continues. – Sapa