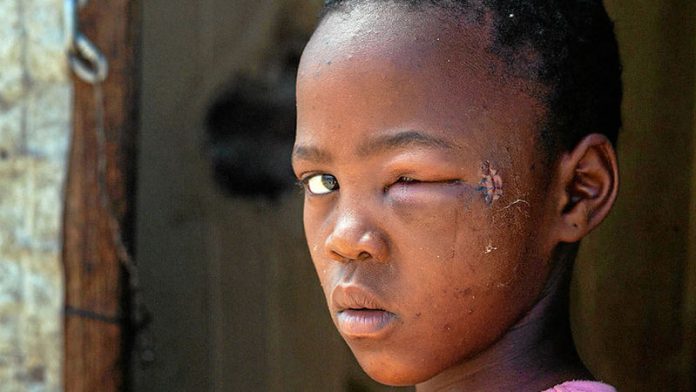 Tensions remain high in De Doorns, which has been the epicentre of the Western Cape farmworkers' labour dispute, with "thousands of striking farmworkers" marching along the N1 highway on Thursday, according to the Black Association of the Wine and Spirit Industry Agricultural Workers' Union of South Africa.

It was a town on the edge this week with several community members making allegations to the Mail & Guardian of police brutality. This follows the death of a spaza shop employee allegedly at the hands of the police on Monday.

One of the other victims of the alleged police brutality was a 10-year-old girl who was shot with a rubber bullet below her eye outside her home. The victims all claim they were beaten or shot with rubber bullets in or outside their own homes, located some distance from the main confrontations between the police and protesters along the N1 highway. Many of them, some claiming to have no connection to the strike, told of police raids both during the day and at night in the community.

A Lesotho national, Letsekang Tokhoane (25), died in hospital after being wounded by rubber bullets and after an alleged assault on Monday evening. According to eyewitness reports, police pulled him out of the shop where he worked and shot him. Then he was chased about 250m by police in a Nyala to a half-built RDP house on the outskirts of the nearby Stofland informal settlement.

According to the owner of the spaza shop where Tokhoane worked and who identified himself only as "Boetie", Tokhoane was "a good man who wasn't involved in the strike".

Also on Monday, 10-year-old Refiloe Mosala was shot in the face outside her house. Her parents and neighbours claim that the police shot her during what appeared to be a series of raids made on homes at night.

Rubber bullets
Her parents are too scared to take her to a doctor because of a widespread belief that doctors or hospitals are telling the police when they treat a patient with wounds inflicted by rubber bullets.

At the time of writing, the local clinic in De Doorns was closed, because of the fear of potential violence by protesters.

Rabelang Noteoli (31) was hospitalised on January 10, after several police entered his home and allegedly shot him in the stomach with a rubber bullet while he was sleeping.

According to a local, Mowabsi Kondile, the police first fired rubber bullets into the door of the dwelling next door, before kicking it down and discovering a terrified woman in her bed. They then withdrew and entered Rabelang's dwelling, where they shot him.

In another incident, a 21-year-old man claimed he was shot four times in the back by the police at his home on the same day. According to the man, who wishes to remain anonymous, several police entered his home and physically removed his mother and hit his 13-year-old brother on the head with a fist.

Police did not respond to a request for comment.

R150 a day
Jaure Scheepers, a local farmworker, placed the blame for the violence and strike not only on the police and farmers but also on the national government. According to Jaure, the farmers provided their workers with a "hunger loan" (the current minimum wage of R69 a day). Jaure said that President Jacob Zuma "was interested in soccer but not the suffering of farmworkers".

Strikers are demanding R150 a day.

The current strike, which has led to at least 150 arrests, many injuries, attacks on journalists and a death, is expected to continue despite claims to the contrary. A deal reportedly reached in Clanwilliam for a new R105 minimum wage, which Western Cape Cosatu leader Tony Ehrenrich praised as potentially signalling an end to the strike, appears to be based on false claims.

Cape Orchids Company director and farmer Gerhard de Kock said on Wednesday: "Cosatu are not playing ball. Workers in the Hex River Valley, in particular, have not returned to work despite Cosatu's promises."

The deal apparently did not have the approval of Agri SA or the majority of Clanwilliam's farmworkers. According to Agri SA spokesperson Johann Muller, the deal was with a farmer who owns several farms. It was not a collective agreement.