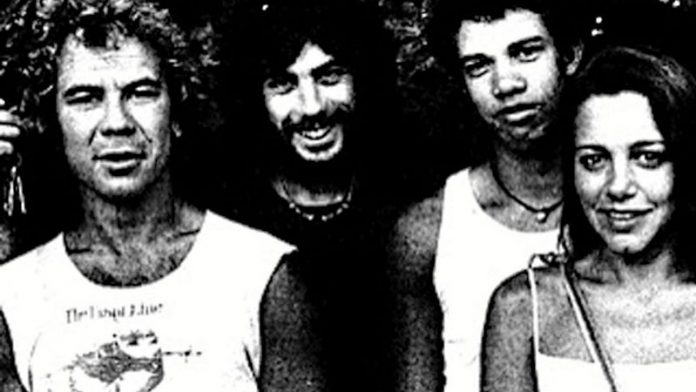 Named after one of his songs, journalist, teacher, filmmaker, activist and musician Roger Lucey’s just-published autobiography Back in from the Anger (Jacana Media) has you by the lapels even before you open it. You simply cannot look away from the powerful red cover. It features a photograph of a young, bearded, long-haired Lucey giving you a battle-weary thousand yard stare. He also looks disturbingly like Charles ­Manson.

“We thought it [the cover] was in your face,” Lucey tells me in a recent interview in Johannesburg. They still used it “but in America they went, ‘whoa!’ ” His publisher had to design a different cover for the United States edition.

The riveting story of surviving his life of sex (with lots of people), loads of drugs and passionate folk-rock, Lucey says it is the account of him searching for and finding his voice. “I found my voice on the docks in Durban, working for Hellenic taxis and working for a pimp taxi-owner, working on the oil refineries, working up at Richards Bay, selling dagga for a living — that’s how I found my voice.”

At almost 59, Lucey’s speaking voice is deep and reassuring, revealing only glimpses of a life lived with the needle in the red. But Back in from the Anger exposes that very well.

While doing his 2010 master of arts degree at Duke University in North Carolina, he did an inspiring course called Writing Life, which is a study of autobiography and biography. As part of the course, he decided to write his own story “because I had all these experiences and there was a sense that I should record them”.

“Some of it was very difficult, some of it was easy. I took every bit of solid information I got, my passport photographs, photographs from family albums, whenever I could find a time and a place, and I drew it up on a big map on the wall.

“Also, Durban was full of memories for me, walking around the streets, walking around the neighbourhood I grew up in. You know the trees, the shrubbery, just the smell of it at certain times of the year, just bring back floods of memories that had disappeared and suddenly they were coming back. That was an amazing process, reclaiming it, rediscovering it.”

How did you feel?

“I felt empty, I felt decimated, I felt completely broken by the process. It was quite hard. At other times I felt quite liberated as if there was a huge weight being lifted, especially secretive little things, personal things … A lot of my male friends are quite homophobic just in their way, not that I am a gay man, but as a young boy I had homosexual experiences and I mention that and guys are like ‘jeez!’”

Saving grace
If it wasn’t for the fact that Lucey is such an incredible and at times witty storyteller, it would have been a very tough read. “When I showed the first draft to my professor, she said: ‘If it hadn’t been in this tone, I would have said let’s not go there. Anything else would have been mawkish, melancholic.’ It seems like its saving grace was that it had humour.”

It is also a very South African story, telling of the darkness and brutality of apartheid, which Lucey covered as a tele­vision journalist and also sang about as a protest singer.

Although his overtly left-wing songs drew the attention of the state and the security police in the late 1970s, it took years before he found out why his promising musical career came to an inexplicable end in the early 1980s. In 1995 a security branch policeman, Paul Erasmus, revealed in the Mail & Guardian how his covert operation destroyed Lucey’s career.

So Erasmus fucked up your life?

Are you and Erasmus friends now?

“Yes, I would say so. And I know it is very painful to some of my old friends. It is painful for people who I am very friendly with who were also Paul Erasmus’s victims. But I do believe and I do see Paul Erasmus from time to time and we spent some time together.” Lucey’s words trail off and he looks into the distance for new ones to express himself.

“And there is nothing to suggest that he is not deeply sorry for what  he did and if he could turn that around he would. He can’t and the best that he could hope for is forgiveness from people.”

Lucey and his wife, who was an archivist at Duke University, returned to South Africa at the end of last year to look at a range of options. After a major setback in 2011, making documentaries won’t be one of them though. “I went blind in my shooting eye. That was a blow. My macular peeled off one day in the space of an hour. I don’t know how it happened. I had several operations to try and get it back, and all I got is just a very, very faint distorted vision, nothing that I can use. I tried shooting with my other eye but it is difficult. But I kind of had to reinvent myself with the things I do.

“I was teaching at the Centre for Documentary Studies at Duke so I can still do that. Forty years of being in the business and that experience and knowledge, and I love teaching … The young ones like me enormously. I always put in a bit of music. I think they’re quite titillated by the feeling that their tutor is an old skelm.”

Lucey is an ambassador for the freedom of speech campaign Freemuse. “Musicians are being harassed, tortured, jailed, murdered — music just seems to be the red rag to the bull that is the politician. Paul said as much to me that the musicians were the ones who were seen as really dangerous.”

He wants to continue making music. “I’ve been a news person, a filmmaker, but what I really want to do is I just want to gooi with my guitar.”