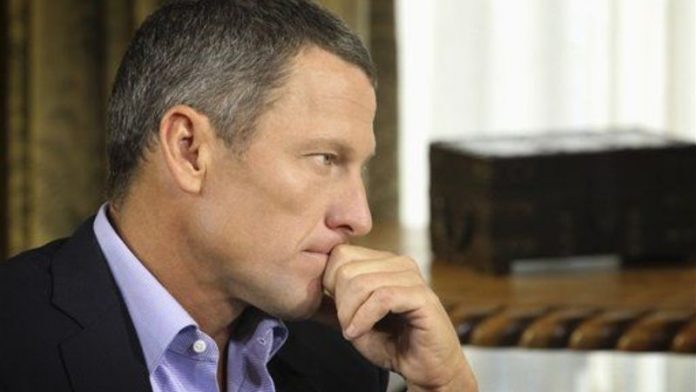 Lance Armstrong finally confessed to using performance enhancing drugs during his cycling career on Thursday, admitting he cheated to win all seven of his Tour de France titles.

Describing himself as a "bully" and a "deeply flawed character", Armstrong ended years of denials by revealing his darkest secrets in an interview with talk show host Oprah Winfrey at his hometown of Austin, Texas.

In the opening question of the televised interview recorded three days earlier, one word was all it took to dismiss any remaining doubt his success on the bike was fueled by doping.

"Yes," he replied when asked directly whether he used performance enhancing drugs.

True to her word, Winfrey rapidly fired probing questions at Armstrong, offering him little respite and grilling him about every aspect of his tainted career.

Without any hesitation, and showing no signs of emotion, Armstrong replied "yes" to a series of questions about whether he used specific drugs, including erythropoietin, human growth hormone and blood doping.

Asked why he had repeatedly lied about using banned substances until Thursday's startling admission, he told Winfrey: "I don't know I have a great answer.

"This is too late, probably for most people, and that's my fault. I view this situation as one big lie that I repeated a lot of times.

"It's not as if I said no and moved off it. While I've lived through this process, I know the truth. The truth isn't what I said and now its gone."

A cancer survivor who inspired millions with what had seemed like a fairytale career, Armstrong said he did not believe he could have achieved what he did without breaking the rules due to the culture of drugs in cycling.

"It's hard to talk about the culture. I don't want to accuse anyone else. I'm here to acknowledge my mistakes."

He said he never considered himself to be a cheat and was sure he would get away with it, until out of competition tests were introduced and testing procedures dramatically improved.

Level playing field
The last time he cheated was in 2005, when he won his seventh Tour de France on the streets of Paris. He made a comeback in 2009 but said he never used drugs again.

"I looked up the definition of a cheat to gain an advantage. I didn't view it that way. I viewed it as a level playing field," he said.

Armstrong's admission came just months after the US Anti-Doping Agency released a detailed report describing him as the ringmaster of the "most sophisticated, professionalized and successful doping program that sport has ever seen."

While he confessed to cheating and bullying, he denied several of the other accusations that have been made against him.

He rejected suggestions he failed a doping test at the 2001 Tour of Switzerland then paid off the International Cycling Union (UCI) and doping officials to cover up the result.

"That story isn't true. There was no positive test. No paying off of the lab. The UCI did not make that go away. I'm no fan of the UCI," he said.

Armstrong said he thought he had got away with it when he retired for good in 2011 but his downfall was triggered by a two-year federal investigation that was dropped but led to the USADA probe.

He has already been banned for life, stripped of his all race wins and dumped by his sponsors but his problems are far from over.

On Thursday, hours before the interview went to air, the International Olympic Committee stripped him of the bronze medal he won at the 2000 Games.

And as a result of his confession, the 41-year-old Texan now faces the prospect of various legal challenges and orders to repay some of the million of dollars he earned from his success.

"I thought I was out of the woods," he said.

"I just assumed the stories would continue for a long time. We're sitting here because there was a two-year federal criminal investigation." – Reuters