Death of Zim’s vice-president spurs debate about Unity Accord 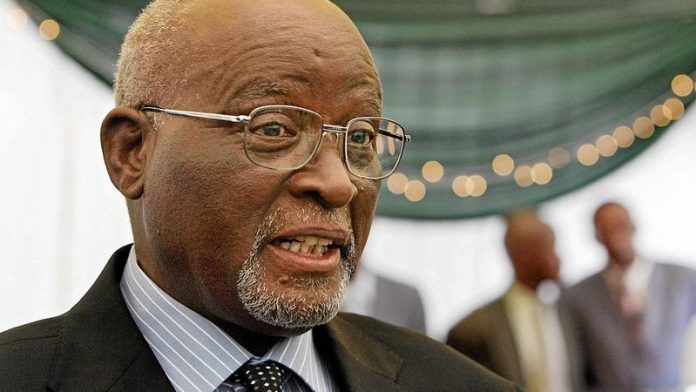 Sources in the party say debate could potentially put to rest the accord signed between President Robert Mugabe's Zanu-PF and the late Joshua Nkomo's PF-Zapu.

John Nkomo (78), a founding member of Zapu, died on Thursday at St Anne's Hospital in Harare after undergoing treatment for cancer.

Nkomo was a member of Zapu before it merged with Zanu-PF in 1987 under a deal that was meant to end hostilities between the two parties that had resulted in the deaths of as many as 20 000 mainly Ndebele-speaking people during an operation code-named Gukurahundi.

Under the terms of the Unity Accord, Nkomo is supposed to be replaced in government by a former member of Zapu, in this case Zanu-PF's national chairperson and former ambassador to South Africa, Simon Khaya Moyo.

But party sources said there are manoeuvres by Defence Minister Emmerson Mnangagwa's faction to scuttle that arrangement and position Mines Minister Obert Mpofu as Nkomo's successor.

Mpofu, who reportedly in a letter to Mugabe  described himself as Mugabe's "ever-obedient son", has vowed to turn around Zanu-PF's fortunes in the Matabeleland region.

"There is a view that the Unity Accord is divisive. Moreover, the contention within Zanu-PF at the moment is that their colleagues from the former Zapu have [added] no value to the current status quo since the death of Joshua Nkomo in 1999, because they have no constituency," a Zanu-PF politburo member aligned to Mnangagwa said.

Another politburo member said: "We are now a united people and it might not be necessary to fill posts on the basis of previous party affiliations. It's divisive and I think even the president [Mugabe] acknow-ledges that."

Successor to Nkomo
Khaya Moyo, a one-time confidant of the late Joshua Nkomo, would be well placed to replace Nkomo. However, sources said that questions are now being asked about the value of former Zapu candidates to Zanu-PF, given that all former Zapu cadres have failed to win parliamentary seats under Zanu-PF since the emergence of the Movement for Democratic Change in 1999.

When contacted for comment Zanu PF's secretary for administration, Didymus Mutasa, said it was not yet the right time to discuss the issue, adding that they were mourning "a comrade".

Mutasa is understood to be eyeing the chairman's post and could favour retaining the Unity Accord arrangement so that Khaya Moyo would create a vacancy for him.

State media were silent on Nkomo's passing, but the United States embassy was quick to offer his family its condolences, saying: "Whether as a teacher, a politician, an advocate for Zimbabwe's independence or as a public servant, vice-president Nkomo was a patriot who dedicated his life to Zimbabwe's sovereignty and prosperity."

Political career
Nkomo, a veteran of Zimbabwe's armed struggle, was appointed by Mugabe as his deputy president in 2009 after serving a stint as Zanu-PF's national chairperson.

Prior to that, Nkomo was a member of the African National Congress between 1958 and 1959 before he joined the National Democratic Party in 1960.

He signed up with Zapu in 1961. At independence in 1980, Nkomo was elected an MP in the Matabeleland North constituency.

He went on to serve as an MP and as deputy minister and minister of various ministries, including labour, industry and energy, local government and rural development, and home affairs.

Zanu-PF was yet to meet by the time of going to press on Thursday, but according to its policy, a politburo meeting first has to declare Nkomo a national hero before he can be buried at Harare's National Heroes' Acre.