Eskom will not intervene in Glencore and Xstrata merger 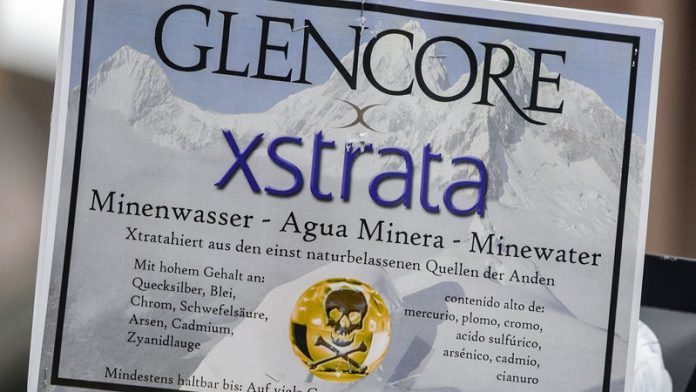 This was after a secret deal between the three allayed the public enterprise's fears over the deal's effects on coal supply and pricing.

After the energy enterprise was granted leave to intervene in the $33-billion deal late last year, the Competition Tribunal hearing was further delayed on Friday morning because the merging parties were engaging with Eskom on the matter. When it proceeded at 10am, it was announced Eskom would withdraw its intervention – indicating an agreement had been reached.

Eskom sought leave to intervene in the merger late last year, citing concerns over the effects it might have over pricing and supply – although its submission to the tribunal was confidential.

Although the commission argued that there was a responsibility to explain to stakeholders and the public how Eskom's concerns had been addressed, clarification on its withdrawal was held on camera at the tribunal on Friday.

Ratio of exports
"It's not desirable that issues of this size be addressed by a secret agreement by these parties, " said deputy commissioner of the competition commission, Thembinkosi Bonakele.

In a press release following its intervention in December, the state-owned entity did not oppose the merger outright, but it wanted conditions to be imposed.

These would include measures that ensure the ratio of exports to domestic coal supply is kept constant after the merger and that the merging parties agree to negotiate in good faith on long term coal supply contracts as these expire.

The merged entity would account for approximately 15% of Eskom's coal supply and it would also be one of the largest traders of coal in the market.

Coal is Eskom's largest primary energy cost and its biggest single cost component overall – and is projected to grow by 10% on average per year over the next few years.

Higher prices of coal could indeed have an adverse effect on the public enterprise and on future tariff increases.

Eskom is already facing great resistance to its current application to the energy regulator for a further 16% increase per year, for the next five years.

Cap on retrenchments
Hearings on the matter are currently taking place and even the National Union of Metalworkers of South Africa (Numsa), which has also intervened in the merger, has taken to the streets in protest of the tariff hike.

Numsa, who intervened because of retrenchments resulting from the merger, have also come to an agreement with the merging parties, it was announced at the tribunal hearing.

The agreements will see no more retrenchments take place for two years and three months and that there will be a cap on retrenchments.

Review process will be implemented and training fund will be made available for unskilled and semi-skilled workers.

The union said it was satisfied with the processes put in place and the promise of engagement in the retrenchment and training processes.

The deal
Eskom spokesperson Hilary Joffe, said the parties had not agreed on specific conditions but had simply agreed on a framework to discuss issues and a way forward.

"The resolution achieved by the agreement establishes a framework within which Glencore and Eskom can cooperate with each other on a mutually beneficial basis and govern the interaction between them regarding existing and future coal supply agreements," she said in a statment.

The tribunal's panel agreed the agreement would form part of its record but would remain confidential. Joffe said this was because it included details between supplier and customers.

If Eskom had not decided to withdraw its submission, the concerns it raised would have been addressed within the hearing's proceedings.

Joffe said this is nothing new and that Eskom has long flagged its need to secure a domestic supply at affordable rates as a pressing issue.

In its witness statement, supplied by Kiren Maharaj, the divisional executive for the primary energy division of Eskom, the proposed conditions include:

Xstrata is one of the world's largest exporters of thermal coal, used to generate electricity, and one of the largest producers of coal used to make steel. Glencore is the largest shareholder in Xstrata with an interest of 33.65% and, already, acts as a trader of Xstrata coal.