Bafana disappoint with a draw in Afcon opener 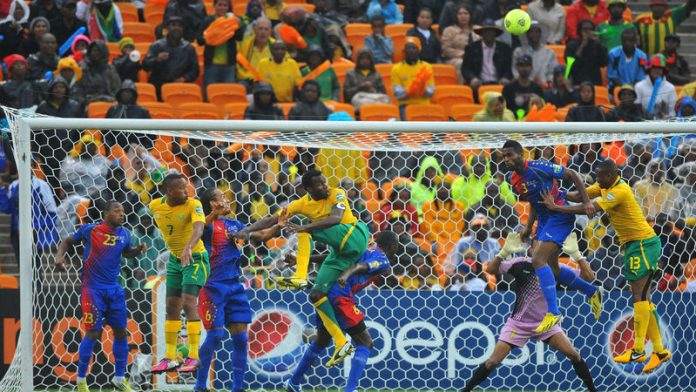 Outsiders Cape Verde were often the quicker and slicker side and midfielder Platini wasted the best chance of the match when he fired wide with only goalkeeper Itumeleng Khune to beat during the first half.

Bafana held majority possession and territory, but were far from clinical with their finishing as they settled for a share of the points.

The late introduction of Lerato Chabangu injected some new energy into the game, but Gordon Igesund's men could not find the final touch in front of goal.

The visitors also had their opportunities from a few good attempts, and both teams will be pleased not to have lost a nervy opening encounter.

Bafana's first attempt came in the second minute when Siphiwe Tshabalala took a free kick from a dangerous position on the edge of the box towards the corner flag, but Bernard Parker's effort sailed just wide.

Lehlohonolo Majoro was fouled in the 13th minute and Tshabalala again took the set-piece. This time the shot was fired straight at Cape Verde goalkeeper Josimar Dias.

Thabo Matlaba was strong on the ball and won a corner for Bafana in the 23rd minute, which was taken by Thuso Phala, but it was well controlled by the Cape Verde defence.

The hosts were menacing on attack, but lacked the final pass on numerous occasions, and were also closely monitored by their opponents.

Cape Verde were awarded a free kick from 30-metres out, in the middle of the park, in the 27th minute. Heldon Ramos went for goal but could not keep the shot down as it sailed into the crowd.

Two minutes later, a powerful Phala free kick from 20-metres out lacked direction as it drifted harmlessly out for a goal kick.

Cape Verde were handed another set-piece in similar position shortly after the half-hour mark, and while Elvis Macedo aimed for goal, he was wayward with his strike.

Bafana responded with a free kick from Tshabalala near the halfway line, with his cross drifting over all the players toward the far corner flag, where it was met by Phala. His attempt, though, did not threaten the target.

A minute before the break, Cape Verde's Ryan Mendes got the ball away from a floating corner and it flew over the crossbar from a tight angle.

Five minutes after the interval, second-half substitute Chabangu tried an acrobatic bicycle kick in the box, but hist strike was wide.

On the hour mark, Tshabalala was taken off for Serero as Igesund tried to mix things up.

Cape Verde had their last chance with 17 minutes left when Ramos had the better of the Bafana defence, as he got to the ball ahead of the last line, but his header bounced centimetres wide of an outstretched Itumeleng Khune. – Sapa.