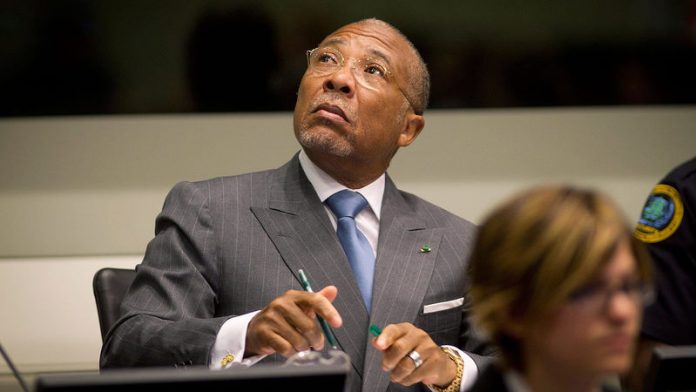 Appeals judges are to question and listen to arguments both from prosecutors demanding a heavier sentence and from the former strongman's lawyers calling for his sentence to be quashed or reduced.

The hearing, set for 9am GMT at the SCSL's headquarters in the leafy suburb of Leidschendam outside The Hague, is to be dominated by complex legal arguments — with both sides saying judges made mistakes in law in convicting Taylor in April last year and sentencing him in May.

The UN-backed court's 50-year sentence against Taylor (64) for "some of the most heinous crimes in human history" was widely welcomed around the world at the time.

In return, trial judges found, Taylor was paid in blood diamonds mined by slave labour in areas kept under the countrol of ruthless Sierra Leonean rebels.

The historic sentence was the first handed down against a former head of state in an international court since the Nazi trials at Nuremberg in 1946.

Prosecutors, who declined to comment ahead of the hearing, are to argue that trial judges made a mistake by only convicting Taylor of aiding and abetting the notorious Revolutionary United Front and other rebel groups.

In one of four grounds of appeal, they said the court should have convicted Taylor for actively issuing orders to the RUF and its ally, the Armed Forces Revolutionary Council (AFRC).

"The Trial Chamber erred in law and in fact by failing to convict Mr Taylor for ordering crimes committed by RUF/AFRC forces who were implementing his instructions," prosecutors said in court papers.

Based on the facts and evidence accepted by the judges, no reasonable court "would have failed to find that Mr Taylor ordered these crimes", they said.

"The appropriate sentence should have been 80 years in order to reflect the totality of his overall conduct and culpability," prosecutors insisted.

Taylor's defence has filed 42 grounds of appeal, calling the trial chamber's decision a "miscarriage of justice", and asked appeals judges to reverse the conviction and quash the sentence.

"The colossal judgment, over 2 500 pages in length, is plagued throughout by internal inconsistencies, misstatements of evidence and conflicting findings," Taylor's lawyer Morris Anyah said in court papers.

A main issue was the trial chamber's finding based on "uncorroborated hearsay evidence" by the many of the 94 prosecution witnesses who testified during Taylor's nearly four-year trial.

"We feel these witnesses had incentives to lie," he said.

Taylor, said Anyah, "was never in Sierra Leone when these crimes were committed" and furthermore he was so "engulfed at the time in many other domestic issues that it was not possible for him to be leading rebels in other countries to fight wars".

Appeals judges are expected to have a decision by September, SCSL spokesperson Solomon Moriba said, with the ex-Liberian president remaining behind bars at the UN's detention unit in The Hague until appeals proceedings are finalised.

If his appeal fails, Taylor will serve his sentence in a British jail. – AFP