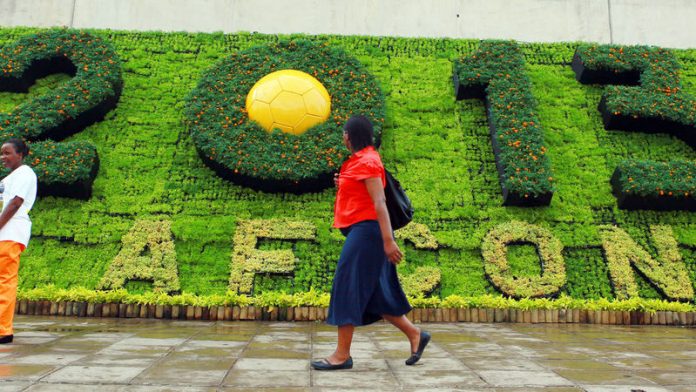 Jemal Tassew's sending off caused an 11-minute delay as the Group C match descended into near chaos with angry Ethiopian fans throwing bottles and vuvuzelas on to the pitch on Monday.

They were already upset after their key player Saladin Seid missed a penalty in the 25th minute having already been deprived of an earlier goal when the ball bounced over an open goal on the hard surface.

However, Ethiopia equalised in the 65th minute when their skipper Adane Girma powered home a shot that went in off the post and they held on for a point.

Ethiopia made a bright start to their first game in the finals for 31 years and midfielder Minyahile Teshone should have put them ahead after four minutes but somehow hooked a great chance over the crossbar.

An unexpected turn
In the 17th minute Zambia keeper Kennedy Mweene was caught out and the ball fell to Seid who found himself with an open goal but his hooked shot towards the gaping net bizarrely bounced over the bar.

The game then took an unedifying turn after 32 minutes when Tassew raced out of his goal and poleaxed Chisamba Lungu with a reckless tackle which evoked memories of the infamous foul West German goalkeeper Harald Schumacher performed on France's Patrick Battiston in the 1982 World Cup semi-final.

After an 11-minute stoppage allowing treatment to the goalkeeper, the referee waited until Tassew was on the stretcher before showing him a red card – provoking the Ethiopian fans to throw missiles on the pitch and an official to run on the field and remonstrate with the referee.

Just to add to the mayhem a jet fighter buzzed the stadium before order was finally restored.

Apart from Tassew's rash attack, and some panicky moments in defence, Ethiopia played some neat football against the champions who paid for not taking their chances. – Reuters