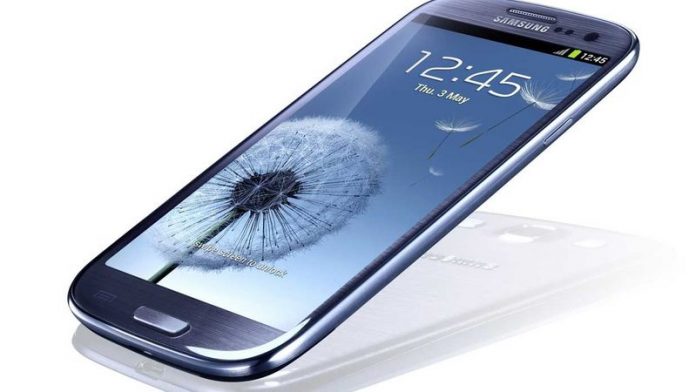 If that sounds like a contradiction, it’s only because the hi-tech industry itself is wrestling with contradictory demands in two key areas of gadgetry: TV sets and cellphones. In particular, the consumer is demanding ever-thinner and lighter devices, while expecting ever-bigger screens.

That is a given when it comes to TV sets, but there has long been an assumption by market commentators that phones would always get smaller.

Apple, for example, clung tenaciously to its 3.5” screen size through the iPhone 3, 4 and 4S, it only relented a little in expanding the iPhone 5 to a 4” screen. It was trounced in the market, however, by Samsung’s Galaxy S3 with its 4.8” screen. At the same time, the first so-called “phablet” (phone/tablet), the Samsung Note, was a surprise success with its oversized 5.3” screen.

One of the big questions that last week’s International Consumer Electronics Show (CES) in Las Vegas was expected to answer was whether this push for higher screen sizes was a firm trend, or whether small remained cool.

The answer came largely from two devices. First, the Galaxy S3 was named the product of the year in the 2013 Mobility Awards announced during CES, which recognises current products. While the iPhone 5 did get the nod as smartphone of the year, its award was overshadowed by Samsung’s overall recognition.

Sony Xperia Z
The clearest signpost to the future, however, was the buzz created by the Sony Xperia Z. It’s worth delving into the specifications, given the extent to which Sony had fallen behind its competitors in recent years.

The Xperia Z is a smartphone with a 7.9mm thin body and a high-definition screen measuring 5”. Its 13 megapixel camera uses high dynamic range imaging, and combines a series of images, each with a different exposure, into one photo. Its 1920 x 1080 screen resolution and 441 pixels per inch (ppi) display knocks the rival Galaxy S3 flat, with the latter offering 1280 x 720 resolution and 306 ppi.

Despite its large screen, the Z phone doesn’t feel much bigger than the Galaxy S3, but overcomes many of the limitations of older phones. It packs in a 1.5GHz Qualcomm quad-core Snapdragon S4 chip, putting it marginally ahead of the Galaxy S3’s 1.4GHz chip. It also adds 2GB of RAM and a 2330 mAh battery, making it not only faster, but also longer-lasting – 14 hours of talk-time is promised, versus 11 hours on the Galaxy S3.

Will it be the phone of the year? Chances are it will be pipped by Samsung, which is expected to announce a Galaxy S4 at the Mobile World Congress in Barcelona at the end of February, and launch the phone in mid-year. It is expected to sport a screen measuring – you guessed it – 5”.

The two up-and-coming Chinese phone makers, Huawei and ZTE, both also launched 5” smartphones at CES. The Huawei Ascend D2 matches the Xperia Z spec-for-spec, except for a lower-resolution screen, while the ZTE Grand S falls short in screen resolution and battery size.

If these phones all suggest that 5” is the new standard, Huawei would like to push the boundaries further. At CES it also launched the Ascend Mate, with a huge 6.1" high-definition display and a massive 4050 mAh battery. That sounds more like a tablet than a phone, but Huawei insist it is not only a smartphone, but in fact “the world’s biggest smartphone”.

Ideaphone K900
Lenovo offered a compromise, with a 5.5” screen in its new Ideaphone K900. The Lenovo device is a mere 6.9mm thick, which proves that, even as the phones specifications are ratcheted up, more power can be packed into less space. This is one trend that will continue as miniaturisation keeps advancing.

The two hold-outs against the 5”+ screen this year are likely to be BlackBerry, which is expected to launch a full touchscreen phone called the Z10 at the end of January, and Apple, which the market expects to bring out both an iPhone 5S and an iPhone mini this year.

The BlackBerry Z10 is rumoured to have a 4.2” screen, while the iPhone 5S will stick to the 4” mark. The iPhone mini will, obviously, be a smaller device with a smaller screen – all the better to sell it at a lower price to the mass market. Not everyone wants the next big shape. – Gadget.co.za

Technology is key for youth to access economic opportunities, however many cannot afford devices or data
Read more
Opinion

The technology is permeating every facet of our lives, but few countries have laws to make it safe
Read more
Sci-tech

Mobile tech is going to the dogs… literally