Mphela determined to save goalless Bafana at Afcon 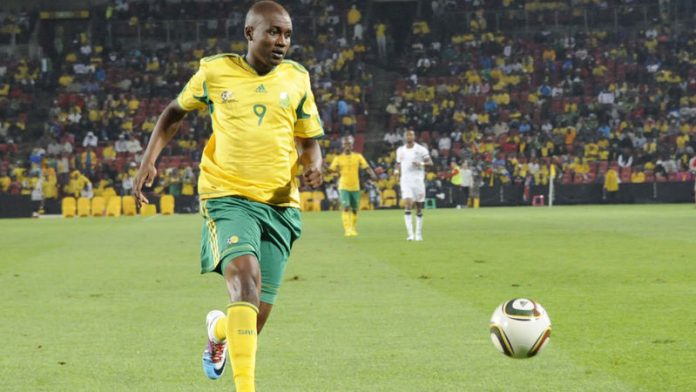 The hosts opened the tournament with a lacklustre goalless draw against Cape Verde Islands on Saturday and have received plenty of criticism in the aftermath.

It was the third consecutive match they failed to score following a 1-0 friendly loss to Norway and another 0-0 stalemate against Algeria earlier in January.

“I think we have quality strikers here,” Mphela said in Durban on Monday.

“Statistically you know I've played in these tournaments before and I'm the most experienced striker in this team, so I think I can be the difference.”

The 28-year-old, who won his 50th cap on Saturday and has scored over 20 goals for Bafana Bafana, believed it was his responsibility, as a forward, to break their goal-scoring drought.

Frozen under pressure
“Now that the Afcon is here, and we obviously didn't play well in our first game, we want to do well in our second one," he said.

"Hopefully I'll get some goals for the team to get through to the next round.”

Mphela, slowly nursing his way back from six months on the sidelines due to a knee injury, had a 22-minute run out against Cape Verde, but made little impact, along with most of his teammates, who had frozen under pressure, according to coach Gordon Igesund.

The Mamelodi Sundowns striker is tipped to start when South Africa face the Angolans in Durban and he believed he was up to the task.

“My fitness is ok now. I've played a couple of friendlies already and the other day I came in as a substitute, playing about 20 minutes," he said.

“If I'm picked and I start against Angola, then I think I'm more than ready. I'm prepared to step up to the plate and try to obviously get what we need, which is goals.”

Creating more chances
Mphela also defended the Bafana midfielders, who were blasted for a lack of creativity in the opening match.

“The last game we did not create enough chances, but in the two friendlies we played before that we created a lot, so I don't think [supply] was an issue,” he said.

“As the coach has said, the players were a bit frozen for the opening match. I think going into the next game we'll create more chances.” – Sapa