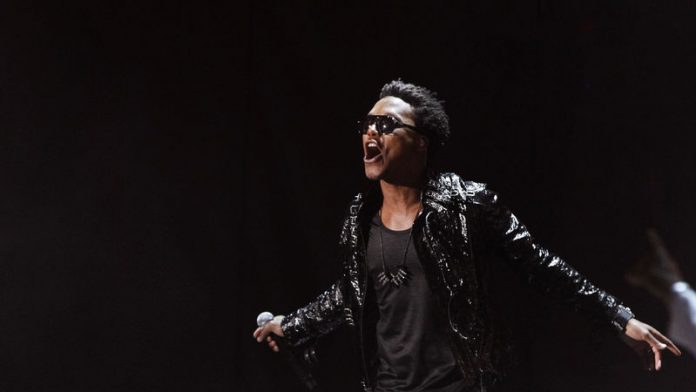 The StartUp RockOn pre-inauguration concert,which took place last night, was intended to appeal to and celebrate US President Barack Obama’s youthful, progressive fan base. But event organisers decided to intervene when 31-year-old rapper Fiasco, one of the event’s big-name headliners, decided to criticise Obama and his administration with a performance of his 2011 song Words I Never Said.

The song includes the lyrics “Limbaugh is a racist, Glenn Beck is a racist” and "The Gaza Strip was getting bombed, Obama didn't say shit … That's why I ain't vote for him, next one either."

In the middle of the performance, an official approached the rapper, but Fiasco continued to perform. Eventually the stage lights were dimmed, and Fiasco left the stage. ‘

Concert organisers denied that Fiasco had been “forced” off stage.

"Lupe Fiasco performed at this private event, and as you may have read, he left the stage earlier than we had planned,” concert organisers said in an email to reporters.

"But Lupe Fiasco was not 'kicked off stage' for an 'anti-Obama rant.' We are staunch supporters of free speech, and free political speech. This was not about his opinions. Instead, after a bizarrely repetitive, jarring performance that left the crowd vocally dissatisfied, organisers decided to move on to the next act.

The inclusion of this song in his set should have come as no surprise to those who have followed Fiasco’s outspoken criticism of Obama’s involvement in the Israel-Palestine conflict, and US intervention in the Middle East. In a 2011 interview with the Guardian, he explained the sentiment behind the song.

“People say, 'If you don't vote, then you don't have a right to say anything,'" he says. "But nine times outta 10, I pay more taxes than they do – so even if I don't vote, I still have the right to speak out. Their taxes maybe pay for a box of bullets; mine pay for a smart bomb – or at least the guidance system. I don't mind payin' for the police and for streets and sanitation, or road work, bridges, trains, food subsidies and welfare. But I don't wanna pay for bombs to fight proxy wars in the middle of nowhere against enemies in the night.”

And in another interview from 2011, Fiaco called Obama a “terrorist”.

"The biggest terrorist is Obama and the United States of America. I'm trying to fight the terrorism that's actually causing the other forms of terrorism.

"You know, the root cause of terrorism is the stuff the US government allows to happen. The foreign policies that we have in place in different countries that inspire people to become terrorists."