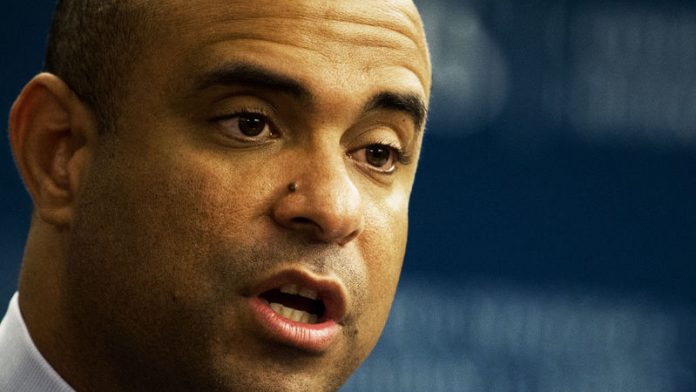 Lamothe on Wednesday shook up his Cabinet, replacing the interior minister who oversees domestic security and local government. Lamothe's move was approved by President Michel Martelly, according to a government release.

The office of the prime minister announced the ouster of Ronsard Saint Cyr and his replacement with David Bazile, who was security chief for the interim government that followed the 2004 ouster of two-time president Jean-Bertrand Aristide.

The shuffle comes as the Haitian government faces mounting pressure from the United Nations and other international partners to hold legislative and local elections before year's end. The interior secretary could have a role in that process because it oversees many local government posts.

Four women are among the newly-named Cabinet members, including Bernice Fidelia, a Haitian-American, to minister of Haitians living abroad.

Other areas to be overseen by women include youth, sports and civic action, communications and culture.

'Free and fair' elections
The social affairs, environment and interior ministries will also see new leadership in a government that consists of 23 ministers and 10 secretaries of states.

Martelly on Tuesday headed to a summit in Chile between the European Union and the regional bloc of Latin American and Caribbean states.

Ahead of his arrival in Chile, Martelly is expected to undergo a medical checkup in the US state of Florida, according to a government source.

The voting, for 10 out of 30 Senate seats, had been set to take place last year but was delayed amid disagreement between bickering politicians over who would oversee the elections.

Haiti is still recovering from a devastating earthquake in January 2010 that killed around a quarter of a million people. Three years later, hundreds of thousands are still living in squalid makeshift camps. – Sapa-AP, AFP