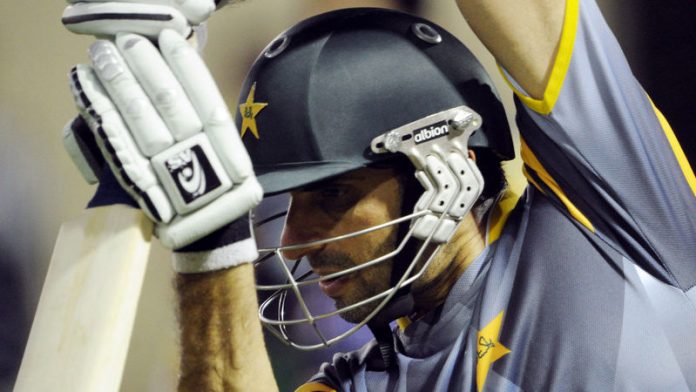 South Africa were the last major team to complete a tour of Pakistan before gunmen attacked the Sri Lankan squad in Lahore in 2009, resulting in a four-year boycott of the country by every other cricketing nation.

The memories of that tour are still fresh in the minds of the Proteas players who were there, although they are probably not as graphic as the memories of the Sri Lankan players, six of whom were injured when their bus was attacked by terrorists, leaving six policemen and the driver of the vehicle dead.

Naturally they are difficult images to move beyond, especially for visitors to that country. But Misbah-ul-Haq, Pakistan's erudite captain, appealed to the sense of "normality", if that is the word, that many South Africans may share. Johannesburg is the crime capital of Africa – statistically even worse than Lagos – but what do Jozi's residents tell tourists when they're asked whether it's safe to leave the hotel?

Misbah has two university degrees and is not given to hyperbole. He knows that his country is dangerous but, though he stopped short of saying it, one wonders how long Pakistan will remain in isolation despite ongoing efforts by its cricket board and the government to meet safety criteria?

His appeal for teams to resume touring may have been emotional, but he pointed to a short and incident-free tour last year by an "international XI" featuring four South Africans as evidence that Pakistani cricket can look after visitors.

Rory Steyn is a founder member of the globally respected South African security company Nicholls Steyn and Associates, which has provided all the national team's security for the past decade – as well as protection for incoming teams. He has visited Pakistan on numerous occasions and provided security reports for the International Cricket Council. He is not optimistic about a change in the current circumstances.

'Dangers'
We have to proceed slowly and very carefully; there's still a lot of work to be done. I would say that it is probably possible for a cricket team to go and play in Pakistan, but at what cost? The players and the rest of the touring party would have to be moved in a 'security bubble' and they would not be able to leave the confines of that small, heavily secured space," Steyn said. "It would also be extremely difficult to convince the players and match officials of the value in doing that."

Regarding security in South Africa for the Pakistan team and officials, the "dangers" of the country, it seems, do not travel with the team. "We did carefully consider whether any additional measures needed to be put in place for them here, but our research and intelligence suggested that normal arrangements would be more than adequate," said Steyn. "Obviously we will continue to monitor the situation with the team, but historically it is the passion of the supporters that requires monitoring. The culture of cricket is very strong among Pakistani people, so our priority is to make sure the perimeter fencing is in good order!"

The Proteas' immediate job is to reclaim a modicum of pride and dignity in the final one-day international (ODI) against New Zealand in Potchefstroom on Friday following their worst back-to-back performances in the modern era. There is no shortage of excuses for the dismal showings in Paarl and Kimberley, but neither the players nor the management should be interested in using them.

"Rotation" of players is a good concept. With such tight schedules, top players who contest all three formats need to be rested and fringe players should benefit from exposure to international cricket. But this needs to be implemented carefully. As the Proteas discovered so painfully in Kimberley on Tuesday, rotate too far and you end up looking at your own backside.

Misbah's Pakistan team will provide a far sterner test for the Proteas at Test and ODI level, despite the captain's misgivings about their lack of top cricket and a "home". "We are only playing five or six Tests per year and we haven't played a Test for over six months, but we will just have to try and adjust," he said on arrival.

For two years the Pakistan team have been succeeding and winning far more than they have been losing. Climbing from eighth place in the world rankings to fourth on the back of match-winners such as Mohammad Hafeez and Saeed Ajmal has created a belief among the players not experienced since the halcyon days of Wasim Akram and Waqar Younis.

But their domestic situation seems unlikely to change and the pleas of Misbah will continue to fall on deaf ears. "It's not just a Pakistan 'issue'," said Steyn. "The whole region needs to change fundamentally and that isn't going to happen soon, if ever. Pakistan has never been able to control the insurgency situation with Afghanistan and … the country will always be volatile as a result."

As always, it is the innocent who suffer most – including cricketers.