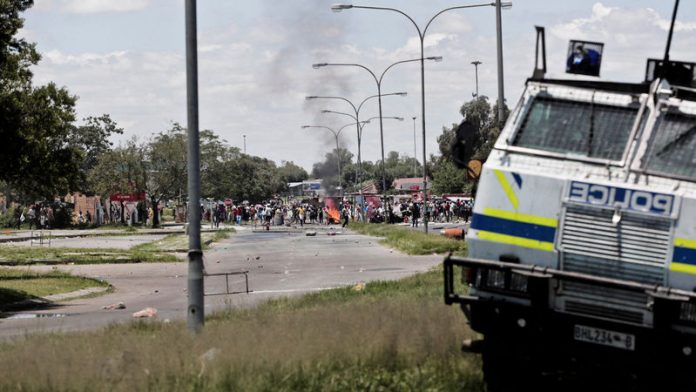 The riots at the Zamdela informal settlement in Sasolburg are the latest in what is by now a long list of municipal-level ­protests since 1994.

Received wisdom has it that the main cause of the protests is, first, people's fury at poor municipal service delivery and, second, their perception that their local councils are rife with corruption.

South Africans have had four opportunities to vote in municipal elections since 1994 and most have done so. Turnout at the 2011 local elections was 58%, strikingly higher than, say, the United Kingdom average of about 40%. Each time, the winning party has promised a variant on a better life for all, presenting good grounds for citizens to query why four successive votes have not brought them whichever of the municipal essentials – such as running water and refuse removal – they are still missing.

And one of the key features of municipal politics is that, as voters, citizens stand a good chance of knowing who their councillors are, where they live and thus where to find them to vent their spleen. This is untrue of South Africa's provincial and national politicians, whose whereabouts and movements are much less known to their electorate and who also tend to be better guarded.

Compare and contrast South Africa's experience with that of the proudly named Democratic Republic of Congo (DRC), which held its first democratic presidential and parliamentary elections in more than 40 years in 2006. These were duly followed by elections for the country's provincial assemblies and promises from the government that local elections would soon follow. But so far these promises have been hollow.

Local elections were initially scheduled for 2008, then delayed on financial and logistical grounds. Far better, the government then argued, to hold them at the same time as the next presidential and parliamentary elections in 2011. But these elections came and went with no local polls and today the official line is that they will be held "in 2014".

What this illustrates is that municipal politics, despite its often dull subject matter, is the cutting edge of a democracy and the hardest part to get right. So cutting edge and so hard, in fact, that the DRC government and many others in Africa have not had the nerve to try. But post-1994 South Africa has done so and the country is fully immersed in the messy and unsatisfying business of political parties, candidates and voters exploring what they can and cannot achieve through local democracy.

Excessive expectation, wild promises, dashed hope, corruption, corruption-busting, cynicism, faith in a better future, despair that the future will be any better than the present and violence have all been and will continue to be part of the mix.

Over time, the likelihood is that the scale of voter expectation and political party promises will shrink, whereas awareness will rise about tedious but important factors such as the typically low proportion of municipal funds that come from local taxes than from central government transfers. This will, as in Europe, probably make municipal elections less interesting and increase voter apathy. Thankfully, however, South Africa's young democracy has not reached there yet. As Zamdela shows, citizens still passionately believe that the councillors they voted for can and must do a better job. Which means that, despite the violence, they still believe in the possibility of the democratic process.

This belief is precious. Where it is frustrated, as the DRC shows, most suffer in silence, but a significant minority join rebel militia. And wars between rebels and the state's armed forces have never done any good for municipal service delivery.

The challenge for South Africa's government and citizens is to grow more experienced, more visionary and at the same time more pragmatic about what democracy can and cannot deliver.