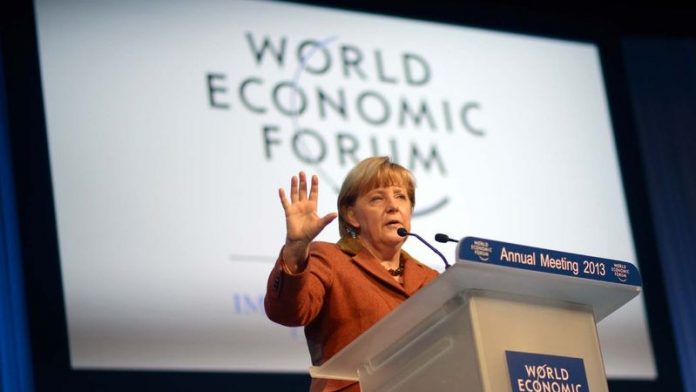 One of the most noticeable aspects of the World Economic Forum in Davos, a gathering of the world's top CEOs, politicians and officials, is the male dominance on the various panels.

Of the 2 500 movers and shakers who have descended on the picture-postcard Swiss ski resort, a mere 17% are women – a discrepancy that organisers tried to address on Friday by holding a top-level panel on gender equality.

While speeches by the likes of Angela Merkel, Germany's chancellor and Forbes magazine's world's most powerful woman, and Christine Lagarde, head of the International Monetary Fund, are highly anticipated, many believe Davos needs more equality.

"Only 17% of Davos participants are women. That is just a reflection of reality," German Labour Minister Ursula von der Leyen told AFP in an interview.

"Only the leaders of the world are here and women are represented far too little worldwide in positions of leadership," complained the minister, 54, a close ally of Merkel and sometimes touted as a possible successor.

"Women are brilliantly educated, they have the ability but the glass ceiling is still very strong," she added.

Gender inclusion
Artist Fernando Morales-de la Cruz has captured the inequality at Davos by creating a poster with 18 high profile women who attended last year's shin-dig interspersed with just four men, to show what reality would be like if the gender balance was reversed.

Lagarde urged women to "speak out" against inequality and said obtaining more inclusion for women was an economic as well as a moral imperative.

"Gender inclusion is critically important, and, frankly, too often neglected by policymakers. In today’s world, it is no longer acceptable to block women from achieving their potential," stressed the IMF chief.

"Think about it: women control 70% of global consumer spending," she noted.

"The evidence is clear, as is the message: when women do better, economies do better," added Lagarde.

The World Economic Forum (WEF) itself has put in place a quota since 2011 to address the problem, said Saadia Zahidi, a senior WEF director in charge of equality and it is beginning to show results, especially among younger participants.

Leading companies are required to select at least one woman executive among the five top-level representatives they send to Davos and Zahidi noted that while the situation was not ideal, it had at least improved.

Viviane Reding, from the European Commission, which aims to have a binding 40% quota for women on the boards of listed companies by 2020, hailed EU figures out on Friday showing female representation in business had risen.

She said that while quotas had been effective, she wished they were not necessary. But without them, it would take until 2060 to have equality in Europe's boardrooms, she added.

German minister von der Leyen noted that quotas introduced in German politics had been successful and that they had given women "access to positions of leadership."

"I think in a few years, we won't need them any more," she forecast.

And for her part, Lagarde, one of the world's most influential women, said: "We must tear down all obstacles in the path of women, even the subconscious obstacles of the mind." – Sapa-AFP