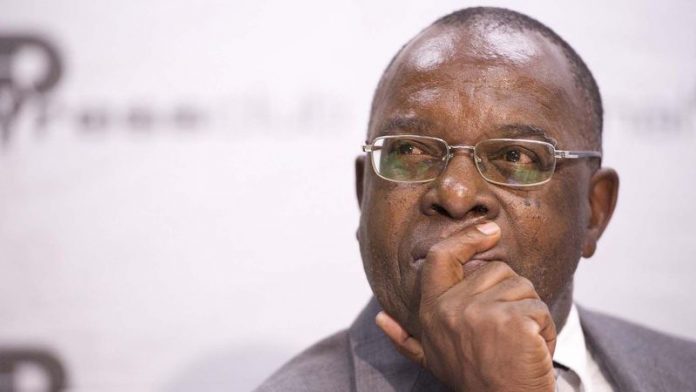 The unprecedented challenge came from a former senior legal investigator, Moabi, who claimed in his bombshell resignation letter that Seriti had a "total obsession" over the control of the flow of information to and from the commission.

The Pretoria-based lawyer further alleged that the preparation of documents and briefs handed to the evidence leaders was clandestine and there were "unknown" persons who dictate what information goes into the briefs and which evidence leaders will deal with certain witnesses.

After a rebuttal by Seriti, Moabi last week challenged him to a lie-detector test, and said he would be the first to take the test, if Seriti obliged.

Seriti responded to the challenge this evening by putting out a media statement.

"In my earlier statement I focused on the gravamen of the central allegation that I have a secret agenda, and did not accordingly address what appears to be the side issues. An invitation is now being made for me to undergo a lie detector test," wrote Seriti.

"My response is that a lie-detector test is no substitute for facts. If Mr Moabi had proof of the second agenda that he alleges he would simply have produced it. He cannot rely on his misplaced perceptions."

Moabi has a sound professional record as both a former president of the Law Society in the Northern Provinces and former acting judge in the North Gauteng High Court.

Exposing the truth
In his letter to Seriti last week, Moabi also put the 10 evidence leaders on the spot to take a lie-detector test too. Made up mostly of respected advocates, who released a memorandum defending Seriti and the commission last week, they continue to work in their private practices.

This commission is expected to expose any corrupt dealings in the 1999 arms procurement deals.

However, Moabi claimed the processes were not in place at the commission to expose the truth. In his letter to Seriti, he addressed the evidence leaders and said they needed to explain "where, when and with whom" consultations and strategic planning sessions were held with the commission, as claimed in their memorandum.

The integrity of the arms procurement commission is now being questioned by many leading figures involved in exposing the truth of the arms deal. The commission was set up by President Jacob Zuma following a court bid by retired banker Terry Crawford-Browne to force the government to appoint an independent inquiry to probe allegations of corruption relating to the multibillion-rand arms purchases.

Although Zuma has been implicated in the scandal, Justice Minister Jeff Radebe gave assurances that the commission would work independently of everyone, "including the executive".

Yet in his letter, Moabi also extended an invitation to advocate Fanyana Moses Mdumbe, the head of legal research at the commission, to take a lie-detector test.

Mdumbe's role
Mdumbe was mentioned, but not named, by Moabi in his resignation letter as being the only person who could be contacted or consulted by the evidence leaders. Mdumbe plays a key role in leading the commission's investigations and briefing evidence leaders, according to the commission spokesperson William Baloyi.

Mdumbe, according to the commission, previously worked as a principal state law advisor at the justice department.

Seriti leapt to the defence of the evidence leaders in his statement put out today, but made no mention of Mdumbe.

"I note that he [Moabi] also throws aspersions on the bona fides of the evidence leaders who, on their own initiative, issued a media statement stating their views on the alleged second agenda," wrote Seriti. "He even disputes that consultations and planning sessions with them, where their inputs were sought, ever took place. I find this unbelievable and appalling."

Seriti said the last of the workshops with the evidence leaders took place on November 24 2012 at the Irene Country Lodge in Pretoria, which was followed by a media conference.

Twelve witnesses are due to appear at the public hearings being held by the commission in March.

Non-disclosure of confidential information
However, Seriti claimed Moabi had "absconded and not made it to the last meeting with the evidence leaders in Pretoria. The members of the internal legal team had been invited to this meeting and were expected to attend, but only he [Moabi] absconded for reasons that have not been disclosed to me."

Moabi declined to supply reasons why he did not go to the meeting with the evidence leaders in Pretoria after the legal team had been instructed by Seriti to attend. All he would say in response to Seriti's media statement was: "I stand by my challenge that he should take a lie-detector test, as I will do too."

In his statement, Seriti also stated that the proceedings of the commission and the conduct of its employees were governed by the regulations, and all the employees had taken an oath relating to non-disclosure of confidential information.

The president returns to court in three separate cases, but Parliament will also be a battleground.
Read more
Thought Leader

Commissions of inquiry rarely live up to the expectations of those who have demanded their establishment.
Read more
National

Richard Young has argued at the arms deal commission that the tender process employed was illogical and illegitimate.
Read more
Advertising
Continue to the category
Politics