RIM buries past and changes name to BlackBerry 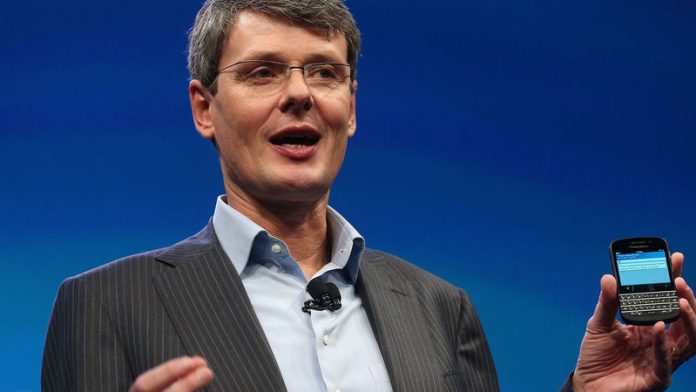 While many predictions about the newly-launched BlackBerry 10 devices have proved to be accurate, one announcement has caught the market by surprise.

The company formerly known as Research in Motion (RIM) will, from today, be called simply BlackBerry, to underline the extent to which the company and the brand are one entity with one identity.

Previously, the separation of the corporate and phone brand meant that all references to the phone brand had to be couched in intricate terms to denote that RIM was “the company behind the BlackBerry solution”.

“We’re changing our ticker symbol from RIM to BB at the Toronto Stock Exchange and to BBRY in New York.

"It shows the transformation we’ve gone through. It symbolises the new, reinvented RIM, which will be RIM no longer," Ebbs added.

'An exciting time'
“We’re recognised as BlackBerry in most of world and this ties our brand together with who we are. It’s an exciting time. We can feel it in the company, when you talk to employees.”

Alexandra Zagury, managing director for South and Southern Africa, elaborated: “Our focus going forward is on the BlackBerry brand, which is why the naming convention has also changed.

"Today we are launching the BlackBerry Z10 and Q10. In the 'old days', three names would have been associated with the device, RIM, BlackBerry, and, for example Curve, along with a model number.

“Now it’s just the brand and a number. It’s a beautiful way of symbolising what we’ve gone through as a company, and this is the laser focus [chief executive] Thorsten Heins has talked about.”

The unspoken message behind the new branding is that it puts RIM’s disastrous recent past behind it, and reaffirms the extent to which Heins has transformed corporate culture since taking over from the founders and previous joint-chief executives a little more than a year ago.

A different corporate identity
​Michael Lazaridis and Jim Balsillie had built BlackBerry into the largest smartphone brand in the world by 2007, before Apple launched the iPhone, but failed to foresee the impact of the iPhone, touchscreens and of 3G.

They had also been slow to respond to a global crisis for the company when international servers went down in 2011. That incident destroyed confidence in the company, led to the destruction of the share price and ultimately saw the ousting of the founders as the company’s chief executives.

Dropping the RIM brand marks the final putting to bed of the corporate identity that had been created under the previous management.

Coming as it does just a year after Heins took over the company, it also underlines his own commitment to reinvention of the brand. – Gadget.co.za

BlackBerry may be yesterday's smartphone but at its annual Security Summit in New York, it was looking a lot like tomorrow’s mobile security leader.
Read more
Sci-tech

Arthur Goldstuck considers the various formats and price tags of the new high-end phones that have arrived in South Africa in the past few months.
Read more
Sci-tech

A new service allows users to sell old phones and tablets, but deleting information before selling a device does not wipe your slate clean.
Read more
Sci-tech

The Passport is one of the most unusual new shapes in smartphones since Motorola’s FlipOut way back in 2010.
Read more
Sci-tech

Sean Bacher reviews new apps for 2014, including Tagaboom, App Stalker, Active Fitness, I’m Bored and ICEPlus – an app that no one should be without.
Read more
Advertising
Continue to the category
Education