Disclosure of party funding is the way to go, say experts 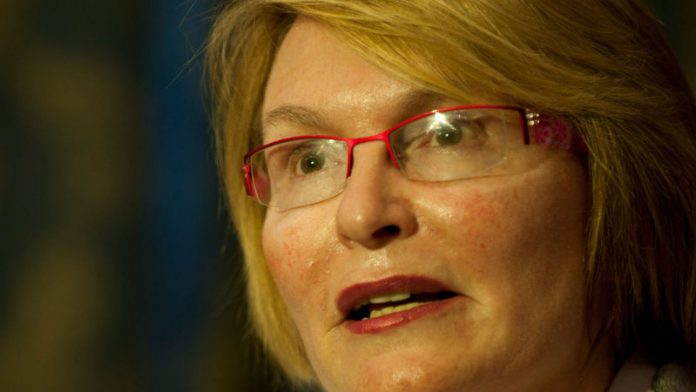 Against the backdrop of a vociferous 10-day row between Democratic Alliance (DA) leader Helen Zille and the New Age, South African political experts are calling for the private funding of political parties to be regulated by law.

The spat between Zille and the newspaper came to a head on Wednesday when the DA's leader, following allegations of hypocrisy regarding party funding from the New Age, revealed the name of a party donor whose identity she had previously undertaken to protect.

Addressing journalists in Parliament on Wednesday, Zille revealed that Stefan Nel, an executive director from the Gupta-owned Sahara Computers, had donated a total of R300 000 to the party. She said the money came from his personal bank account.

Just the day before, Zille wrote in a newsletter on the DA website that the party "makes a commitment of confidentiality to our donors".

"Ideally," wrote Zille, "the DA would prefer full transparency. But if we were the only party to apply it, most of our donations would dry up – together with any prospect of sustaining democracy in South Africa."

Political analysts say that the DA's move to protect – and then reveal – Nel's identity has highlighted the need to enforce the disclosure of private donations made to political parties.

"What has happened in the past few days has indicated that the problem is not only with the governing party, it's with the system," Steven Friedman, director for the Centre of the Study of Democracy told the Mail & Guardian on Wednesday.

"If you don't have regulations and forced disclosure, you have problems."

"The party is faced with a difficult choice," said Scherer. "Either it keeps the donor's name secret, and therefore promotes doubt about the moral integrity of its financing, or it discloses the name and frightens off future donors."

Juli Kilian, spokesperson for the Congress of the People (Cope) underscored this difficulty.

"Donors to opposition parties fear reprisal and loss of business from government," she said. "They will only support when they are assured of confidentiality."

But in Friedman's opinion, opposition party donors should see disclosure as a safety net against mistreatment, rather than as a risk.

He said that if a company made a public donation to an opposition party and was then unexpectedly rejected from a government tender soon afterwards, it would be "very obvious" that the company was falling prey to political mistreatment. At the moment, when companies befall such treatment, the offending parties are not held accountable.

"I think that disclosure is actually the best thing for opposition party donors," he said.

'Encourages corruption'
According to Scherer, the current lack of legislation makes it difficult to examine if private donations are being accompanied by a shady kickback for the donor.

Friedman agreed. "I certainly think our current system encourages corruption," he said. "The DA said 'we didn't give any favours in return [for the donations from the Gupta companies]'. But if we don't know who made the donation and how much they donated, then how do we know that is true? The public is entitled to more than the say-so of the senior politician."

In an interview with Polity.org.za, political analyst Ebrahim Fakir said that the non-disclosure of party funding not only affected the health of the South African democracy but subverted "our entire system of public values".

According to Fakir, the public cannot know the level of influence that is being exercised over a party by a private donor if they do not know the extent of its donations.

"Buying off government politicians by cash or kind in government has become a way of life. The more bribes [the politicians] get, the more money they can spend on patronage and expensive election campaigns to stay in power," she said. In her opinion, "an entire new regime of party political funding is needed. There is just too much chicanery going on and transparency must become institutionalised."

Whilst WASP did not intend on taking a "morally purist" point of view and would not reject endowments from small businesses, it would not canvas any big businesses for money, he said. Rather, it would rely on the donations of its working-class members.

"It is the only way we can keep ourselves pure from corruption," said Sebei.

When queried about the ANC's policy on party funding disclosure, ANC spokesperson Jackson Mthembu said that he could not comment on queries of a "financial nature". ANC treasurer general Zweli Mkhize was not available for comment.