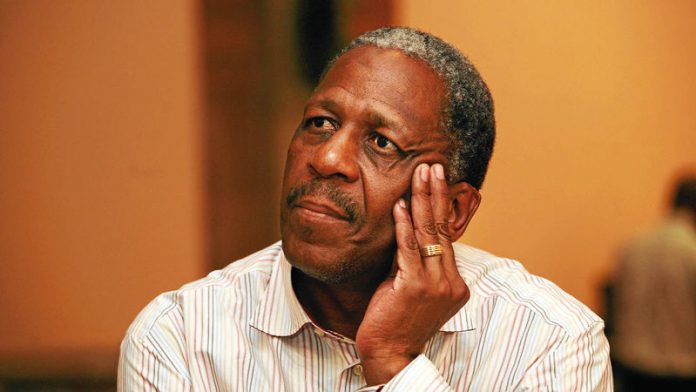 'We cannot have politics without money. We need strong parties to develop effective public policies, to interact with and educate citizens and to campaign for office. But money is also dangerous.

"Rich parties can buy votes and forget to talk to citizens. Donors can shape government policy and attempt to corrupt and pervert its procurement decisions. Personal or factional war chests can fuel internal divisions, fund vote buying in internal elections and accelerate factionalism.

"A cycle in which power leads to money and money leads back to power can transform democratic parties into battlegrounds. Ultimately, money can corrupt a political system and, in the long term, destroy its political parties.

"South Africa is moving into dangerous … territory. The private funding of political parties is unregulated. Public funding is insufficient … money plays a growing role in the internal politics of parties, including the ANC."

No, this is not an opposition politician or an academic speaking, nor is it by a journalist or a do-good think-tank. It is Mathews Phosa, at the time treasurer general of the ANC, the man responsible for raising the billions that fuel the party's huge operational overheads and its high-wattage election campaigns, in a report to the party's national general council.

He, of course, was swept out of Luthuli House by the Mangaung Zunami, while big party funders, including the Gupta brothers, looked on approvingly.

The ANC has done nothing to act on its 2007 Polokwane resolution to develop a regulatory architecture for party donations, but Phosa had a few suggestions that his successor, Zweli Mkhize, should consider.

These are good ideas, but until now, they have had little support from either the ANC or the Democratic Alliance.

Confronted with the contradiction between their stated commitment to transparency and accountability, and the secrecy surrounding their finances, DA fundraisers have always argued that their resources would dry up under the hot sun of openness because donors would fear retaliation from the ANC and its deployees in government. Helen Zille reiterated the point this week, even as she was forced to disclose the details of repeated gifts that came through an employee of the Gupta's flagship company, Sahara Computers.

It seems they were not able to purchase much for their contributions and when the climate of concern around the family's links to President Jacob Zuma worsened, further cash was declined. But Zille has surely learned from her battle with the New Age newspaper that secrecy can do more damage than openness. If she had dealt frankly with the donations in 2011 when they were first reported, much of the poison would have been drawn.

The extent to which private corruption, lobbying and party financing are coiled together represents perhaps the most profound danger to governance in this country and, with it, social stability and constitutional democracy.

Amid the sound and fury of this week's politics, there is one resounding lesson: the DA and its donors need to support a massive regulatory overhaul of political funding and the ANC needs to move beyond greed and complacency.

If they don't, they may choose to ignore the damage, but the rest of us won't.