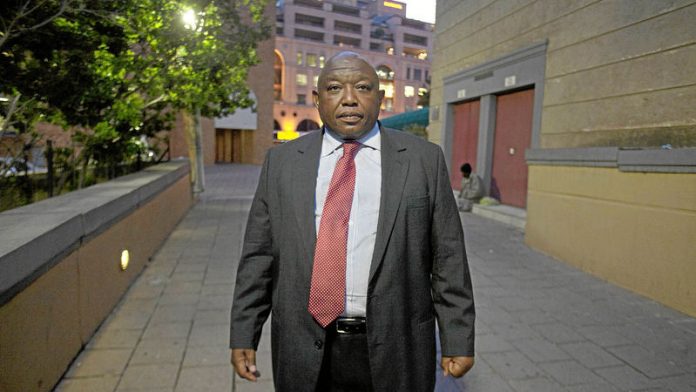 An Independent Communications Authority of South Africa (Icasa) councillor, who says he was hijacked, beaten and threatened with his life, and those of his family, claims it was meant to "persuade" him to drop an attempt to close down Wireless Business Solutions (WBS) because of the non-payment of licence fees, which could amount to hundreds of millions of rands.

WBS, which, along with iBurst, is a subsidiary of WBS Holdings, denied any link to the incident but evaded questions about whether its licence fees were up to date.

The councillor, Joseph Lebooa, who was recently made responsible for regional oversight and enforcement, said he issued a letter of demand last week, which required WBS to pay the outstanding fees for several radio links (communication channels used by broadcast, telecoms and cellphone networks) or face being shut down.

Then, on Monday, he says, he was followed from a meeting in Midrand and hijacked by a group of at least six men. They indicated there was a problem with the rear of his vehicle and persuaded him to stop. But, once Lebooa was out of his car, they beat him up and forced him back into his 16-seater vehicle. "They hit me until the blood was coming out of my mouth," he said.

The reason was to drop the case against WBS. "They said I was hurting the business of WBS badly." Lebooa said one of the men confirmed the abduction was "about WBS and nothing else".

The men allegedly drove Lebooa around for more than three hours. He was hit again and partially stripped before being left 3km from Westonaria. All his valuables were taken.

Lebooa, who is also a pastor at New Birth Bible Fellowship Ministries, was one of several officials who late last year took over responsibilities previously assigned to the Icasa chief executive, Themba Dlamini.

The reallocation of duties appears to have followed shortly after Icasa received its third, consecutive and widely reported qualified audit. The audit general's report cited Icasa's general lack of control over the invoicing and the collection of licence fees.

Operating illegally
Apart from WBS's registered links with the authority, Lebooa also claims he discovered WBS had been operating more than 1 000 illegal links, which were never licensed by Icasa and no application or licence fees were paid for the use of this spectrum.

Although WBS said none of its links were operating illegally, Icasa confirmed that WBS "has illegally rolled out links on a national basis". Icasa said WBS was licensed for one frequency pair in the 15GHz band, one in the 26GHz band and another in the 10.5GHz band for use on a national basis. But the company did not adhere to a condition of its licence to inform the authority within 30 days after a link has been commissioned sothat they can be invoiced for it.

Lebooa claimed that WBS could owe ten of millions of rands in licence fees for several years of non-payment and R100-million for operating the illegal links.

A large shareholder in WBS is Richmark Holdings, founded by the controversial businessperson, Gavin Varejes. He attracted attention for, among other things, the holidays he allegedly arranged for the disgraced police chief Jackie Selebi.

Varejes told the Mail & Guardian he had no knowledge of the alleged incident and unpaid licence fees and was not involved in any way in the operations of WBS Holdings.

When approached by the M&G, WBS expressed its sympathy to Lebooa but strongly denied being involved in the attack.

"WBS wants to distance itself from any such allegations as stated above, yet we condemn strongly any acts that are or may be perceived to be interrupting with the council of Icasa in executing their duties," said Sheila Bhengu, head of marketing at iBurst.

"Further, we wish to state emphatically that we do not engage with any particular councillor, including Mr Lebooa, within Icasa. Rather all our correspondences, queries and meeting requests are channelled through the offices of the chairperson and the chief executive officer of Icasa."

Asked whether WBS was up to date with its payments to the authority, Bhengu said: "All licensees are invoiced at the beginning of every year for spectrum licence fees, thus WBS, like any other operator, will be receiving licence fees invoices this quarter for the 2013-2014 fees. The amount owed will thus be informed by these invoices."

Bhengu said WBS currently had about 1000 links and none was illegal. "All records of our deployed links are recorded with Icasa," she said.

The police confirmed that a case was opened for a hijacking on Monday and was under investigation. No one had been arrested, they said.

Light at the end of Eskom tunnel?