Heavy metal is behind crime 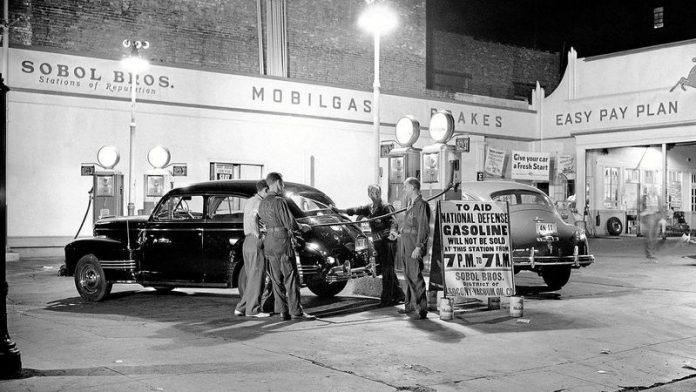 It's a vision of the future that may sound implausible: In 2024, South Africa will start to see a sharp drop in the number of burglaries. In 2029, ­robberies will start to decrease, as will aggravated assault and, by 2030, the incidence of rape should start to plummet.

Over the following two decades or so, violent crime will continue to fall and will then remain at those low levels regardless of government policy, unemployment, social spending, violence on television, the effectiveness of police, more closed-circuit television cameras, the state of the judicial system, or just about any other imaginable factor.

Nor will any policy or societal change be able to reverse those gains.

Fittingly, that sea change will not spring forth all at once; it will be heralded by widespread signs and portents. The children just starting to enter the school system now will, on average, be smarter than those who went before them (regardless of the quality of their education), with fewer behavioural and learning problems and a lesser propensity for violence.

As rosy as this scenario sounds, it is supported by increasingly compelling and increasingly accepted evidence that a single factor is responsible for broad changes in crime trends. Counter-intuitively, that factor is not economic, political or social, but purely environmental: the prevalence of lead and the amount of that metal absorbed by pregnant women and young children.

In South Africa, as is the case everywhere else in the world, the major source of such lead was a performance-enhancing additive to petrol. Much of that lead, best measured in tens of tons, was spewed back into the atmosphere. In 2006, South Africa followed much of the rest of the world in banning leaded petrol, creating, the science suggests, a generation of children with lower levels of exposure than had occurred in several generations.

That started the clock ticking on a remarkable statistical phenomenon that has been observed in at least seven countries, with supporting scientific evidence: ban leaded petrol, wait 23 years and marvel at lower rates of violent crime. The lag times differ between different types of crimes and the extent of the decrease is dependent on the kinds of factors criminologists are more comfortable with, but those variations are relatively small.

The correlation between lead and crime started off as a curious observation in the late 1990s. By 2007, the idea, though still more than a little outrageous, was being taken seriously. By 2012, it became statistically likely to the extent that established academics and publications were willing to stake their reputations on it. And in the early part of 2013, that acceptance spread like wildfire on the back of an article in the niche but well-regarded American publication Mother Jones.

"Needless to say, not every child exposed to lead is destined for a life of crime," wrote blogger Kevin Drum, in an extensive review of research that had been largely ignored in the mainstream for years.

Few points of IQ loss
"Everyone over the age of 40 was probably exposed to too much lead during childhood and most of us suffered nothing more than a few points of IQ loss. But there were plenty of kids already on the margin and millions of those kids were pushed over the edge from being merely slow or disruptive to becoming part of a nationwide epidemic of violent crime [in the United States]. Once you understand that, it all becomes blindingly obvious. Of course, massive lead exposure among children of the post-war era led to larger numbers of violent criminals in the 1960s and beyond. And of course, when that lead was removed in the 1970s and 1980s, the children of that ­generation lost those artificially heightened violent tendencies."

The Mother Jones piece caused enough of an uproar to be reported on, in turn, across the English-speaking world and beyond, bringing formerly obscure studies to the attention of researchers, public health officials and environmentalists.

In South Africa the research is more scarce even though the problem could be considerably worse.

Until the mid-1980s, South Africa had among the highest levels of lead in petrol in the world. Children born until 2006 had significantly higher levels of lead exposure than their counterparts born just years later. For some groups and in some areas, lead exposure remains dangerously high, but on average, lead levels have declined sharply. That, in turn, should have society-wide benefits in coming decades, starting with  smarter children and ending in less violent adults.

For some of those newly exposed to lead as the main villain in society's ills, it made immediate sense, explaining a number of phenomena, such as a mismatch between demographic trends and crime, that have dogged several academic disciplines. Others started sceptical, then found themselves convinced by the evidence. But for most in the field of criminology, the idea remains entirely foreign.

"I cannot believe that lead poisoning in itself would explain gang violence on the Cape Flats," said Lizette Lancaster, who manages a crime analysis hub for the Institute of Security Studies. "We may need to look at environmental factors and we know that things like foetal alcohol syndrome increase vulnerability, but I don't think we can attribute high levels of crime to any one aspect like lead."

The environmental aspect of crime is being explored in criminology, but the focus is on things such as how city planning and design influences families. Lead is not even on the agenda. That may change.

Behavioural regulators
"The problem with criminal justice is that you have a lot of solutions looking for a problem," said Clifford Shearing, the University of Cape Town's top criminologist. "Police see the solution to everything as arrests; the prison system thinks imprisonment is the answer."

Shearing believes criminology is evolving towards looking at behavioural regulators that include money, status, biology and crime and punishment. If that happens in South Africa, lead would be a top contender for unexplored territory.

Angela Mathee is the director of the Medical Research Council's environmental health research unit and has published a number of seminal papers on lead and children in South Africa.

Her work and similar research around the world has convinced her not only of the individual impact lead has on children, but also that it poisons the potential of entire communities.

"At community level, the bell curve of IQ gets shifted to the left," she said. "At the lower end, there is an increased requirement for remedial education, which children may or may not get through public education and, at the top end, you have a lower proportion of children who would have been bright sparks, leaders, scientists, entrepreneurs. Lead has a dampening effect on the potential of the whole community."

She will not, however, lend her scientific reputation to a generalisation that includes the whole of the country, or one that draws a causal link between lead and crime in South Africa. At least not until there is a whole lot more evidence.

"Can we ever be entirely sure? No. But at some point the weight of evidence tips the scales."

Anecdotal evidence
The results of one such study should be ready in about three years. That investigation will attempt to track the aggression levels and run-ins with the law of a group of children who have had their blood-lead levels checked periodically since birth. If the correlation seen everywhere else holds true, those with more lead in their system should be statistically more likely to be in trouble with the authorities, even after individual circumstances are taken into account. And if that is the case, South Africa may have to start rethinking its approach to the regulation of lead and the combatting of crime. "If this relationship [between lead and violence] does exist and it does look like there's something to that, then we have a problem in South Africa," said Mathee. "We had a long phase-out period for leaded petrol. Even now, lead poisoning is widespread, with multiple sources."

Money for research is scarce and rich parents tend to shy away from anything involving needles (a blood-lead test involves a finger-prick test similar to that for HIV), whereas poor parents have more pressing concerns regarding the health of their children. That leaves the extent of exposure and the main sources unknown.

However, anecdotal evidence is worrying. Cases of lead poisoning point to startlingly high levels of lead in the paint used on toys. Subsistence fishing communities smelt lead for sinkers. Informal electronic repairs use high levels of lead solder. The extent to which batteries are broken up for their lead is not known, but in some instances that lead is mixed with mud to be used as a whitening agent on home floors. Similarly, the extent to which pregnant women engage in ritual geophagia, or eating of dirt, is not known, but it could be a significant risk factor. Removing lead from petrol may not be enough.

Combatting lead exposure may be more effective in combatting crime in the long run than providing more resources for policing. Several studies suggest it could show a better return on investment than vaccination.

Yet the prospect of a focus on lead in South Africa seems faint at best. Inquiries to various departments involved in regulating lead went unanswered and, to the knowledge of various officials and academics, there has never been any consideration given to a unified approach to tackling lead. Imminent threats such as HIV and tuberculosis, some say, are far too pressing.

Ultimately, the idea that lead causes violence may be too strange.