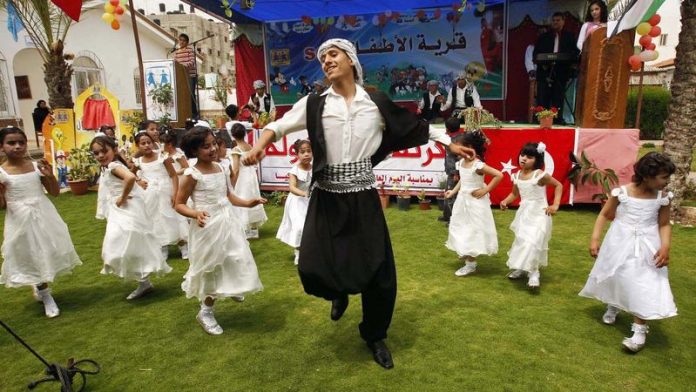 A South African ­charity that assists ­Palestinian orphans has decided to seek ­government intervention after two local banks froze its accounts because of its inclusion on a United States treasury sanctions list.

Melissa Hoole, the spokesperson for the Al Aqsa Foundation of South Africa, told the Mail & Guardian that it was a case of mistaken identity because there is an organisation in Germany with the same name  that is said to be supporting Hamas in Palestinian territories and that appears on the American list. She said her organisation had no links with the German organisation.

Hoole said that First National Bank had sent the organisation a written notice of its intention to close its bank accounts on the basis of the listing on the US treasury's Office of Foreign Assets Control (Ofac) list in September last year.

"Anticipating the closure of our FNB account, we opened a new account with Al Baraka Bank in the first week of December 2012," she said. "On December 19, FNB instructed the foundation that the account would be closed on March 31 2013. During this period, FNB notified Al Baraka of the Ofac issues, resulting in Al Baraka freezing our account without prior notice."

According to the internet site of the US treasury department, Ofac "administers and enforces economic and trade sanctions based on US foreign policy and national security goals against targeted foreign countries and regimes, terrorists, international narcotics traffickers, those engaged in activities related to the proliferation of weapons of mass destruction and other threats to the national security, foreign policy or economy of the United States".

But Hoole said that the foundation was a charitable organisation registered with the social development department whose primary mandate was to serve poor and needy orphans in the Palestinian territories.

"Since its inception in 2002, the foundation has avidly avoided any political affiliations or political activity, including solidarity activity in South Africa, lest this interfere with its ability to carry out charitable activities," she said.

Stringent obligations
"A South African organisation, with a South African board and accountable to South African donors, is being denied these rights, not on the basis of its violating any South African laws or policies, but because it has been dubiously listed by a foreign government."

Patty Seetharam, the senior communications manager for FNB, told the M&G that: "It all boiled down to best global practice. The international financial community imposes stringent obligations in respect of the maintenance of banking relationships with entities listed by Ofac and the decision by FNB to terminate its relationship with the foundation is a consequence of this fact alone."

Shabir Chohan, the chief executive of Al Baraka Bank, said that although he could not comment on the foundation's account because of client confidentiality, he could confirm that its account was still open.

However, Hoole said both banks were imposing limited transactions on the foundation's accounts.

"FNB will accept our donors' deposits, but allows us no cheque facilities, no internet banking and only one single transfer a month into a bank account the foundation holds with another bank," she said.

She said that the foundation would seek intervention from the social development department because the foundation was registered as an non-profit organisation, the trade and industry department, whose Trust Act the foundation complies with, and the department of international relations and co-operation, which is responsible for engaging with foreign governments.

"The foundation will be asking them to uphold South Africa's Constitution and legal framework in the face of this assault from the US on South African civil society," she said.

The US Embassy in South Africa said it had no further information other than what is publicly available from the US department of the treasury.