Pistorius: Money can’t buy or bury justice, but it can tip the scales 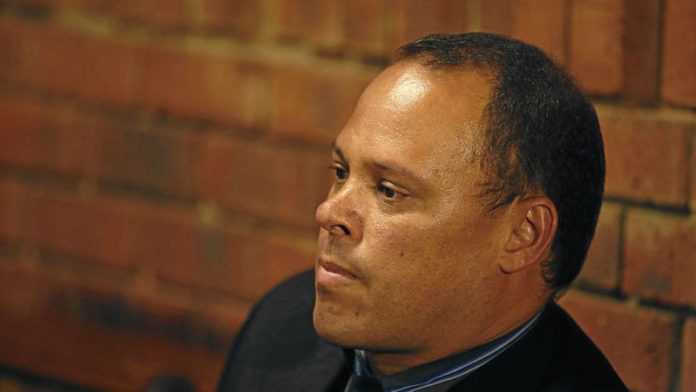 Investigating officer Hilton Botha did not come out of his cross-examination during the Oscar Pistorius bail hearing unscathed and neither did the reputation of the South African Police Service, especially after Botha was removed from the case.

But not everyone is convinced that he bungled the investigation, including the private investigator who has been appointed to safeguard the interests of Reeva Steenkamp, whom Pistorius is accused of murdering.

“I’m openly prepared to say people’s perception of the police has changed and I think the police’s perception of themselves has changed,” said Lance Epstein, who is working with the Steenkamp family’s legal team. “But we have brilliant, brilliant policemen. I don’t know how much [Botha] erred. Did anyone ask him where he was the night before, whether he was on a scene, or two scenes, whether he got any sleep? Did he not put on [foot coverings while on the crime scene]? Yes. But was that scene just about done? Did the crime scene guys tell him not to come in? I would stand up for him, I really would.”

However, accusations that police have manufactured evidence abound, sometimes accepted as fact by the courts, and there is the belief that defendants and victims alike are ill-served by the criminal justice system. Which is why those with the resources look beyond the state, in effect buying themselves a better brand of justice.

Pistorius has one of the best teams money can hire, the police have committed a senior team to the investigation (after removing Botha, who himself faces charges of attempted murder) and Reeva Steenkamp’s family now also has high-profile representation. By the time Pistorius stands trial, no stone will have been left unturned and the court will have all the available objective evidence with which to decide the matter.

But that is the exception rather than the rule.

“If clients could afford it, I would appoint a private specialist in every single case I had, if only to get a second opinion on the evidence,” said Ben Mathewson, of Mathewson Gess, a Cape Town law firm that specialises in criminal defence and deals in everything from culpable homicide charges stemming from car accidents to murder.

How many clients can actually afford such experts?

Malicious prosecution
The experts on the menu range from those likely to be seen in a Pistorius-type trial (without a plea bargain), such as ballistics specialists and pathologists with expertise in autopsies, to those who will not form part of that particular trial, including fingerprint experts and forensic mechanical engineers. Much like defence lawyers, each field has its preferred expert – and they come at a price.

“If you are facing a murder charge, you don’t just want an expert; you want the expert who wrote the handbook that the other experts use to become experts,” said Cobus Steyl, who runs Forensic Ballistic Service in Durban.

The classic South African example, still cited by every expert witness, investigator and defence lawyer six years later, is the work of Pat Wertheim and William Bodziak, two United States-based specialists who featured in the murder trial of Fred van der Vyver. Accused of brutally murdering his girlfriend, Inge Lotz, Van der Vyver seemed destined for a long prison sentence. But, in a defence with costs approaching an estimated R10-million, his family hired the world-renowned Wertheim to argue that police had faked fingerprint evidence and flew Bodziak out to testify that the police had lied about a bloody shoeprint at the scene.

Instead of prison, Van der Vyver won a claim of malicious prosecution that could cost the state tens of millions, depending on the outcome of an appeal due to be heard in March.

It is not an uncommon story, though most cases do not achieve the same kind of profile.

“Last month, we had a case where a guy was detained, this business guy in Mpumalanga, arrested for a hijacking over the Christmas period,” said Reg Horne, the founder of Justicia, a large private-investigations company. “The family got hold of us and we could prove that he couldn’t have been on the scene, that it must have been a case of mistaken identity.”

The reverse also holds true. Families of deceased victims of crime are increasingly appointing legal teams with a watching brief, to sit in on prosecutions and inquests. Those legal teams often hire relevant specialists to monitor, or even assist with, state investigations. It is not necessarily because the families consider police investigators incompetent or fear that their loved ones will be denied justice.

Emotions and money
“Mostly what the family wants is answers,” said Paul Blackburn, a forensic investigator with Du Métier, a company that specialises in the reconstruction of road accidents, many of which feature conflicting accounts and some of which come with charges of culpable homicide. “Closure, that’s the main request we see in cases like that. It’s not really that they want to prosecute anybody, but they want to find answers and they want to know those answers are accurate.” Blackburn’s rate starts at R600 an hour, whereas Steyl, one of the few ballistics experts in full-time private practice, will set you back about as much as a junior advocate. It is not a great deal of money in the context of a lengthy trial, but the costs can mount quickly.

“We have a forensic expert in Gauteng, so we have to fly him down [to Cape Town] so he can sit in court and listen to the evidence of the state witnesses,” said Matthewson. “Then he can advise me, but if I have to call him to testify, he has to come down again. Then maybe he arrives at court and the trial is not heard and he has to come back again. Those are the kinds of things that kill you.”

Then there is the tricky prospect of clients not getting what they pay for. All the experts the Mail & Guardian spoke to said they had an obligation to disclose evidence that might implicate a defendant who was footing the bill, or that undermined the state case when working with the prosecution. There is also the prospect of an expensive team producing nothing, which is why many say they avoid murder trials.

“You have to be very cautious when you are dealing with emotions and money,” said Epstein. “If you tell somebody that they owe you a R100000 at the end of the month, but you haven’t caught the suspect, you may get paid, but that’s not what you want to do.”

In the Pistorius case, experts say, all the evidence will be examined, and all the angles covered. That, however, is a function of profile and money and the same does not hold true in the vast majority of cases.

“It’s like the lawyers and the silks,” said Epstein, “you get what you pay for. If you have the funding to go to the likes of Barry Roux or George Bizos, you stand a chance. If that same individual is represented by legal aid, they should prepare to be incarcerated.”

Navigating the world as a little person is no big deal. But it can be exhausting when other people feel entitled to comment on your height
Read more
Africa

Digging up the dead: A how-to guide