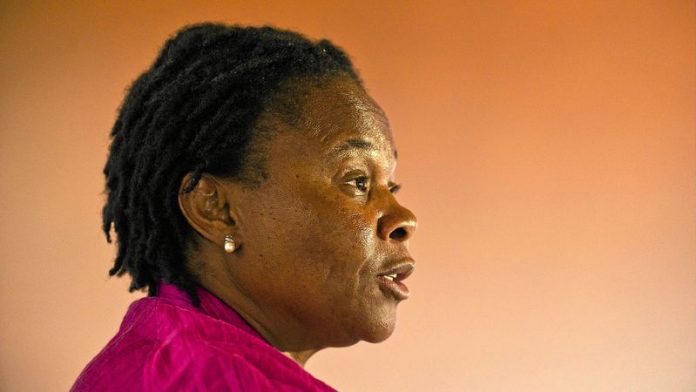 Mineral Resources Minister Susan Shabangu said the government had resolved "that certain minerals such as coal should be declared strategic national resources, based on the ­balance of evidence".

She made the remarks in her opening address to the McCloskey Coal Conference in Cape Town on January 30.

But she said that for those involved it would be the "right thing to do" to "work together and themselves take the ­initiative to reach a social, and indeed a corporate, compact in the interests of SA Inc".

For some time the power utility has been grappling with securing affordable supplies of low-grade coal in particular to fuel the country's power stations. Increased demand for this grade of coal in Asian markets has made it more lucrative for local miners to export it.

In addition, some of the utility's existing long-term supply contracts, as well as mines that provide coal to Eskom on a cost-plus basis, are nearing the end of their lives. This is forcing it to acquire coal from more diverse sources and on shorter terms, driving up costs.

These difficulties have led to calls for measures such as export permits to restrict exports of lower-grade coal.

South Africa relies on coal for 70% of its primary energy needs – 95% of electricity generation comes from coal and it contributes 30% of liquid fuel requirements.

Tariff increase
In its most recent application for a tariff increase, Eskom stated that primary energy costs made up 33% of its R1-trillion revenue requirement. It has applied for an increase of 16% a year for the next five years, provided coal costs do not increase more than 10% a year.

Eskom has called for an industry pact to rein in the cost of coal.

The national development plan noted that the development of the industry has been constrained in recent years because of regulatory uncertainty, too ­little investment in new infrastructure and poor ­maintenance of existing infrastructure.

It cautioned against dramatic measures to secure the security of domestic supplies, such as export permits or levies, as these could lead to "unintended consequences". This could discourage investment in new mines necessary to supply Eskom with future coal, which would also depend on earnings from exports to be financially viability.

It recommended that a negotiated solution be found between Eskom and the coal industry.

But if this could not be achieved, the state, under the security of supply provisions in the National Energy Act, could "direct any state-owned entity to acquire, maintain, monitor and manage national strategic energy feedstocks and carriers", the plan stated.

According to a Reuters report, Shabangu told journalists at the conference that the state had not decided on the introduction of an export levy, which was still to be debated.

Anglo American, one of the largest players in the local coal market, and a key supplier to Eskom, welcomed the invitation to the industry to participate in discussions with the government.

"As one of the biggest players in the coal sector, we are confident that these discussions will culminate in an outcome that is in the best interest of both the industry and the country," it said.

The department is working with stakeholders through the mining industry growth, development and employment task team to unlock the coal development potential.

According to Shabangu, the task team would soon provide recommendations on a strategy to place the sector on a positive growth path.

Koko maintains the Zondo commission is trying to frame him

The university says it provides a platform for multiple voices to be heard on any issue, including that of a climate denialist
Politics