Shirene Carim on Zarina Maharaj: In her own words 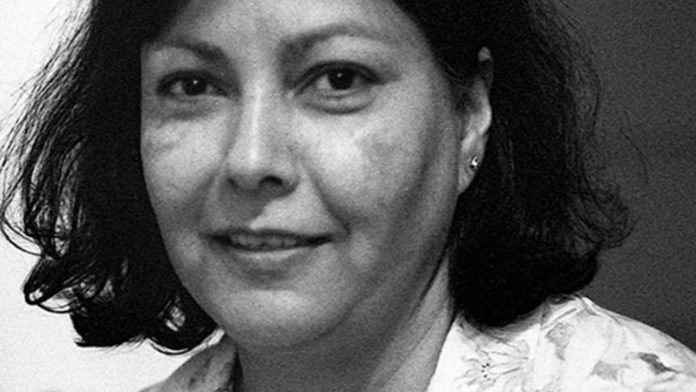 On Zarina's Geneva trip
"I was at home in London … She [Zarina] probably called me and said I'm coming to London, but normally what they both did was … just turn up.

"She was on her own. It was just the two of us. She stayed a night before going on to Geneva. She may have stayed more than a night.

"We were sitting in the kitchen I remember … and she told me about the Shaik brothers – there are these brothers and they were very active during the struggle and they live in Durban and they're really nice and there's this tender, was it toll roads or buses? – but transport, but Mac was giving him this thing.

"Basically, she was saying he [Shaik] was getting the tender because he was a good comrade during the struggle …

"I think she was showing off about it. She just couldn't keep it to herself. It was the spoils of power.

Mac Maharaj: The 'foul secret' that has torn sister from sister

"The funny thing is, Zarina knows I can't keep a secret and she has always been very secretive – never confided in me – which is what surprised me and why I think she was showing off to me or she just couldn't hold it in because she was so happy to be getting all this money.

"He [Shaik] was a comrade – they did their thing during the struggle, they've earned [it]. She's very much into 'you've earned, you deserve', because her whole raison d'être is how she suffered in exile and the last time we had an exchange of emails, I said to her: 'Hey, you haven't got a monopoly on suffering, you know, suffering is the human condition … and the people in South Africa suffered more than anyone and are still suffering', but her thing, you know, is, 'I've suffered so I have the right to this'."

"She left early in the morning. She wanted to come back the same day and then she phoned from Geneva and said, 'Bloody hell, I've missed my flight because they're an hour ahead, I didn't know that.'

"And I said to her, 'Do you want to go and stay with my friends in Geneva for the night? They'll come and pick you up.' And she said, 'No, I'll go to a hotel and Schabir can pay for it …'"

"[Later] this man called and by then I couldn't believe what was going on – why are they doing this – I felt like a complete idiot for believing we had struggled for a democratic society.

"He said, 'May I speak to Zarina please?' and I said something like, 'My sister is stuck in Geneva. She missed her flight. Who is calling?' And he said, 'It's a friend' and I said, 'Who?' and he said, 'Schabir' and I said, 'OK, I'll tell her you called.'

"She was supposed to be back by then.

"After she left, Mac called to see if I was going to rant and rave on the phone. He had this story about how they were drawing up their wills and they wanted me to be the guardian of the children if something happened to them.

"I said that of course, I would do anything for the children; they were like my own.

"And if I tried talking to her about it, you know, questioning her, she'd either make up some story or … Zarina kind of fantasises and believes it … She now believes she didn't do what they did."

"But now I'm beginning to think that Mac might be the negative influence.

"To explain about Mac, my brother Doolie helped them a lot when she [Zarina] bought a house in Brighton … and he said, 'I'll take you to second-hand shops to get furniture' and Mac Maharaj said, 'We don't use second-hand furniture!' And Doolie said to me, 'You know, it's not Zarina, it's Mac', because when he gave Mac a bottle of whiskey, he was told by Mac, 'I only drink Black Label. If you want to give me whisky, I only drink Black Label'."

On why she's come forward now
"The trigger for this is twofold: the clampdown on the press and the way I'm being treated by my sister. I'm an accessory – they put me in that position – but they are treating me as if I am the criminal.

"My thing is, I put my life and my daughters' on the line when I spent three years driving between Lusaka and Gaborone loaded with arms for the struggle. I told my daughters I was doing this for the children of South Africa who, like them, deserved certain rights. I explained that without justice in South Africa I could never live a contented life.

"They understood and were proud of me. Now they are bemused at what they perceive as my [previous] naiveté. Zarina went to see my daughter in Spain about six months ago and since then my daughter has not communicated with me or responded to my emails or calls. I made the mistake of not keeping my daughters au fait with the news [from South Africa] over the last 15 years.

"But it could just be that she [Zarina] is admired for her … success, as compared to my 'failure' politically.

"The final straw for me was the Secrecy Bill and the Mail & Guardian's blacked-out text that day of the Mac story."

On consequences
"Zarina is someone you don't want to get on the wrong side of and that's what I am doing, but I'm very, very torn you know … most people I know would never go against a relative … not publicly, anyway.

"I feel that Mac expected me – they were prepared for me – to divulge this 10 years ago or more. I'm sure he had it all prepared. You know what he did to that guy from the Scorpions, Ngcuka, you know that he accused him of spying for the apartheid regime. Now I know he has prepared something similar for me, to sling mud at me, so he will say something about me being a renegade during the struggle. But I'm not afraid of that.

"The reason I wrote to you is the moral thing, the moral lacunae within the ANC.

"But then there's another moral issue and that's within the family. Do you, sort of, shop your family? When it comes down to choosing between your family and your people, what do you do?

"But then there's that other saying: all it takes is for good men, or women, to do nothing."