Blade ‘must not run’ varsities 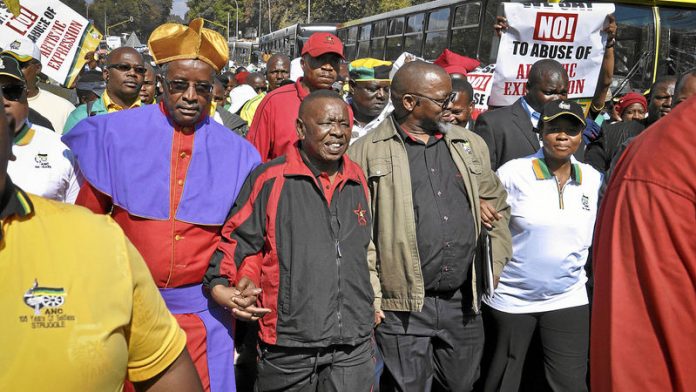 The reports of the independent assessors Nzimande appointed to investigate the universities read "like [the authors] were writing from the same script", Sitwala Imenda, executive dean of education at the University of Zululand, said.

He spoke at the inaugural conference of the newly launched South African Education Research Association in Bela-Bela this week, attended by more than 100 local and foreign academics.

The institutions Nzimande has placed under administration since 2010 are the Vaal, Tshwane and Central universities of technology, Walter Sisulu University and the University of Zululand. However, the Central University of Technology successfully challenged Nzimande's move in court last year.

Imenda said he was "not aware of anywhere else in the world where such drastic actions have been taken by government involving so many universities, within such a short period of time, with a view to normalising bad governance and maladministration".

In a 40-year academic career, Imenda has spent half of it in senior positions at different South African universities.

Foregone conclusions
Speaking to the Mail & Guardian after his presentation, Imenda said: "It would appear that once these [independent assessors] are appointed by the minister [with] an understanding that they are going to pursue bad governance or maladmistration, they already have certain conclusions in mind or a subtext in which the report must come [out] in a certain way.

"The fact that all five reports are so similar in their recommendations casts some doubt on the independence of the work that is being done by the assessors."

His paper argues that, "as if pre-rehearsed", the recommendations entailed "almost invariably … the dissolution of the respective councils, the suspension of the affected vice-chancellors, and the appointment of an administrator to clean up the mess".

"Why, except in one case, do all [these reports] start by saying the council must be dissolved?" he asked. "Why can't you have other measures that go in and build the institution and correct what is wrong?"

The common outcomes of these investigations "makes one suspicious as to whether or not these independent assessors are really independent, or [if] they carry out a certain mandate expected by the minister".

As the assessors' reports found, some of the council members at the universities were of low calibre, he said. But this was a result of appointments based on "cronyism, poorly applied affirmative action, cadre deployment and ethnicity. It is frightening to think that cadre deployment is an official ­government policy."

Yet when new councils are appointed, they are "complete replicas of the ones that were dissolved because they are constituted on the same political considerations as the ones before", he said in his paper.

The key lies in appointing people of the right calibre, Imenda said. Then "the minister's oversight role should focus mainly on demanding higher levels of accountability from the councils and executive management — not to run the universities himself, through the guise of administrators. Until then … well, the good Lord help us."

He suggested independent assessors should be appointed by another body, and not the minister, if they were to be truly independent.

The department's tactics have resulted in "extreme fear" among academics, Imenda said. "In these institutions I'm talking about, there is victimisation if you are open-minded. My paper talks about relationships that people have with officials in the department. [Academics feel that] If I mess up with these people [their] career and tenure in office will be in jeopardy."

Nzimande's spokesperson, Vuyelwa Qinga, told the M&G that all interventions the ministry made in the universities were in the best interests of students and employees.

"When there is wrongdoing in an institution that may include misuse of taxpayers' money, corruption and mismanagement, all of which often go with a poor quality of teaching, the department will not hesitate to take action in defence of the system and those who should benefit from it," she said.

Universities have no reason to view independent assessors and administrators with suspicion, she said: "If institutions have nothing to hide, we would expect them to welcome these interventions."

The M&G last year reported on complaints about the report of the independent assessor on the Vaal University of Technology ("VUT's plots and dealings exposed", December 7).

Members of the dissolved council cried foul, saying assessor Muzi Sikhakhane's report was biased. At the time, Sikhakhane, an advocate based in Johannesburg, denied this: "I am very saddened by the repeated accusations against me."