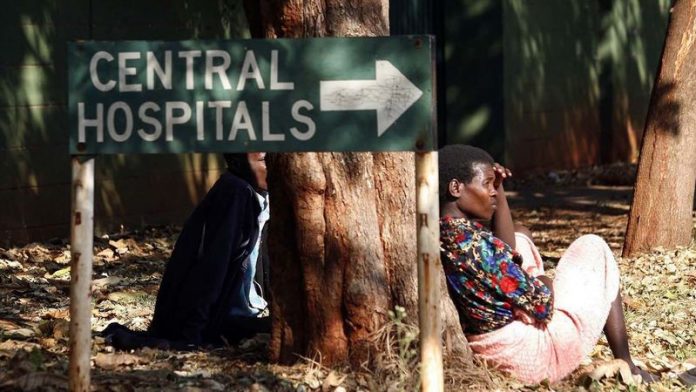 At the height of Zimbabwe’s political instability and economic meltdown in 2008, the country’s referral hospitals closed their doors to the public because of a boycott by health workers who claimed that conditions were so poor in them that they were endangering the lives of patients.

State hospitals struggled to provide basic healthcare, there was a  chronic shortage of drugs and life-saving equipment, which was continually breaking down and could not be repaired because of a shortage of foreign currency.

The Howard, a Salvation Army hospital about 80km north of Harare, like many other rural mission hospitals, bore the brunt of the health sector crisis by admitting patients from other parts of the country. Pregnant mothers and patients in need of treatment camped out at the hospital, sleeping in corridors or in the hospital grounds, awaiting their turns.

But after the formation of the unity government and the reopening of the health institutions, patients continued to flock to the hospital, which was renowned for its quick and affordable surgical procedures and specialised care.

But all is no longer well at the hospital.

Hospital staff there said that conditions have deteriorated seriously following the controversial dismissal last year of Dr Paul Thistle by the Zimbabwean Salvation Army church authorities. The Howard depends largely on donors, mostly from Canada, but, since Thistle’s departure, they have been withholding funds because they are afraid that they will be misused. Thistle was at the helm of the institution for 16 years.

Unearthing fraudulent activities
Although the reasons for Thistle’s dismissal remain unclear, some media reports said he was victimised for unearthing fraudulent activities by church authorities that involved donated funds. Others suggested that Vice-President Joice Mujuru, herself a member of the Salvation Army, had a hand in firing Thistle because of alleged political meddling.

Apparently, the hospital is also short of drugs and other health consumables. According to sources, drugs for diabetic patients in particular are in short supply.

Speaking on condition of anonymity, hospital staff said that, because of the shortages, they have been writing prescriptions for patients to buy their own medicines in the nearby towns of Concession and Bindura.

Compared with previous visits, the Mail & Guardian found that the wards were generally dirty, lacked fresh air and were mostly empty. The few patients who were in the wards were said to be awaiting transfer or to be discharged.

Nurses at the hospital said it was seriously understaffed and general and nursing staff had not been receiving their salaries on time because of poor cash flows. Salaries that were due to be paid on the 25th of each month were being paid as late as the 10th of the next month.

Concerned
The hospital is left with only two young doctors. But nurses said they were not experienced enough to carry out major surgery or carry the entire medical workload of the institution. The hospital was referring most patients to Harare’s Parirenyatwa Hospital, they said.

“The two doctors are only doing small operations and Caesarian sections,” said one nurse.

“We are open at this hospital in name only because there is not much we are offering patients. We are just referring them to Harare and discharging those who are not very sick. As a result, there is no money coming into the hospital.

“We are concerned about this community and we are also afraid we will soon lose our jobs.”

Patients at the hospital said that members of the local community were having to travel as far as the Karanda Mission Hospital in Rushinga, about 200km away, to seek treatment. They also expressed concern about the dirty conditions in the hospital wards and the lack of drugs and medicines.

“We are deeply pained because this is the hospital that we used to rely on,” said Shelly Mhundwa, who lives in Chiweshe and was seeking treatment for a broken leg.

Rehabilitation facilities
“Many of us are very poor in this area. Many people are farm labourers. Getting money for treatment elsewhere is something we cannot afford,” Mhundwa said.

“During Dr Thistle’s time, there was  nothing this hospital couldn’t offer. It was even better than Parirenyatwa Hospital … we are very worried about how we are going to survive.”

The sister in charge at the hospital, Cynthia Chawasarira, refused to comment. She said she was not authorised to speak to the press.

Thistle could also not be reached for comment although it is understood that he is working at the Karanda Mission Hospital.

Founded in 1923, the Howard was intended to treat patients from the Mazowe district. At its peak, the hospital treated more than 75000 patients a year.

It also runs operating theatres, a pharmacy and a laboratory, and has X-ray, ultrasound and rehabilitation facilities. The hospital also ran a mobile clinic that offered immunisation, paediatric and obstetric care, and family planning services.