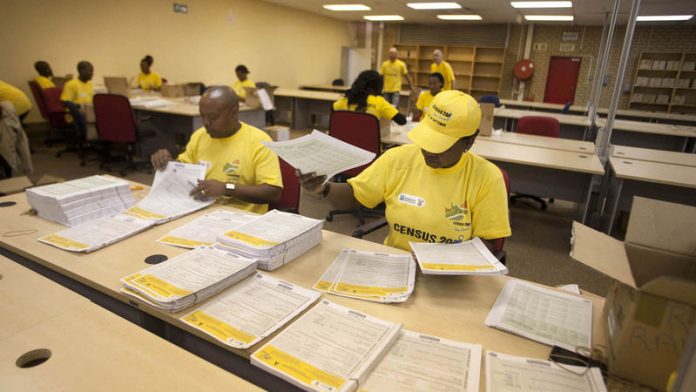 Three months after the release of the results of the 2011 census – and just weeks before the national government announces how provinces will split more than R300-billion based on its numbers – a former high-ranking official in Statistics SA (StatsSA) has raised new questions about the integrity of the count.

With strange anomalies in the data already causing concern, the new revelations (involving a tattle-tale SMS to planning minister Trevor Manuel, arguments about results and disciplinary action) may further undermine trust in the veracity of the R3.4-billion project.

But StatsSA says the numbers are good, even if it did have internal trouble in getting to them, and even if it chose to keep that internal trouble secret, and that the man blowing the whistle is simply trying to cover up his own shockingly inadequate job performance.

At the centre of the tale is Jairo Arrow, until recently the deputy director-general in charge of methodology and standards at StatsSA. The Mail & Guardian has been trying to reach Arrow since early November, when questions around his area of responsibility in the census first emerged, but he had been resolutely unavailable. Late on Friday afternoon, however, he issued a statement that stopped just short of accusing Statistician-General (SG) Pali Lehohla of persecuting census officials who did not come up with the numbers he wanted.

The argument revolves around the post-enumeration survey (PES), a crucial component of the census. In order to check the veracity of the actual national count, estimate how many people had been missed in that count, and correct the final figures, the PES revisited a relatively small sample of households. The integrity of the PES is central to the integrity of the final census outcome.

Lehohla had expected the PES to show that less than 10% of people in South Africa had not been counted, an expectation he had expressed publicly, and he says his target was actually 2%. Instead, the official immediately in charge of the PES, Marlize Pistorius, and her superior, Jairo Arrow, presented him a report recording an undercount of 18.3%. That would have meant some ten million people had been missed in the census.

Anomalies
In his statement, Arrow says he and Pistorius stuck to their guns. But when they refused to rework the numbers "to achieve results closer to the SG's expectated [sic] outcome [this] prompted the SG to remove both from the project."

The implications are all the more worrying in light of anomalies in the census data. As the Mail & Guardian has previously reported these include an implausible 17% surge in fertility, a sudden increase in the number of younger white women, and a massive outflow of foreigners born in Europe and North America.

The census results could have significant impact on the more than R320-billion in allocations to provincial governments from the national treasury. How that money is split between provinces depends on a complex formula, but population numbers lie at the heart of it. The census data could see hundreds of millions of rands added to the budgets of Gauteng and the Western Cape, money that would be denied the Eastern Cape and KwaZulu-Natal.

Arrow would not express himself on the veracity of either the census or PES. "We didn't have access to the data after we were removed, so I have not been able to form an opinion," he said on Saturday morning. He had only emerged to give his side of the story, he said, to defend his reputation after Lehohla last week told Media24 Investigations that he and Pistorius had been in dereliction of duty and grossly incompetent.

But Lehohla himself says it is critical for StatsSA to have a culture of robust debate, and that shutting down internal dissent would be the death-knell of the organisation. Which is why he disputes much of Arrow's version of events.

The two men agree that Arrow is now retired, and outside the scope of a disciplinary action launched in December. They also agree that Arrow sent an SMS to Manuel in July, to alert the minister about Arrow's concerns. There is little else they agree on, including whether Arrow retired early after 16 years with StatsSA, or whether he retired normally in January, after reaching age 65.

Fundamentally flawed
They also disagree on whether Arrow apologised for his behaviour before he left.

The "crap" that Arrow and Pistorius first presented to him would have implied that South Africa is home to more than 53-million people, Lehola said late on Friday night. It was clear to him, right from the start, that the PES results were fundamentally flawed, and subsequent investigations proved just that.

"They hadn't done the work. It was just gross incompetence, gross dereliction of duty.

In Lehohla's version of events, Arrow and Pistorius failed to complete a sub-project of the PES, a third visit to households known as reconciliation visits, for all but three provinces. That, he says, is why the initial numbers they presented did not stack up. Once they were removed from the project, once those visits were conducted and once the data was processed, the PES (and thus the census) was correct.

"At no point did I say it is high or low, I just said there is a serious problem here, that the algebra doesn't work… Of course the under-count looked very high, but I was not worried about that, I was worried about the methods."

A strange reality
Lehohla also said he had failed to answer questions from the Mail & Guardian in November on whether there had been internal concerns around the PES because it involved confidential matters of staff. "There was no need to call your attention to this. My responsibility is to give you a final figure."

Lehola has consistently insisted that the census numbers are accurate, and that any strange results reflect a strange reality in South Africa. The PES, and therefor the census, he said on Friday, is likewise accurate, even if it shows a final under-count of 14.6%, a disappointingly high number.

The Statistics Council, an oversight body for StatsSA, as well as consultants brought in to verify the census results had been aware of Arrow's concerns, Lehola said, and had signed off on the final count regardless.

Two of those consultants, demographers Tom Moultrie and Rob Dorrington of the University of Cape Town, first sounded the alarm about the census inconsistencies in November. After they had aired their concerns, StatsSA called an emergency press conference. "We still stand by our decision that the census results are accurate" said Howard Gabriels, who chairs the Statistics Council, an oversight body. It is in fact very timely, and it is fit for use in policy making and decision making."

The headline to this article was changed on February 5 from "Census 2011 irregularities: Top officials 'bullied'". The Mail & Guardian believes that "pressured" is a better reflection of the facts.