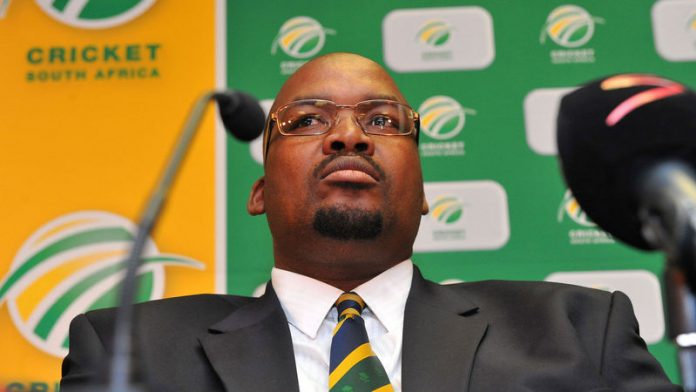 "We have come from a very difficult period and if you had asked me a year ago if there was a crisis, I would have said 'Yes'," Nenzani, the president of the Border Cricket Board and now chairman of the board of directors at Cricket South Africa (CSA) told reporters at the Wanderers.

"But we have now gone beyond those trying times and we are looking forward to a very promising future.

"We will be checking our governance structure to ensure we regain public confidence and we must remember that the role of the administration is to remain in the background while the players are at the forefront."

The annual general meeting was closed to the media.

Non-independent directors will outnumber independents 7-5, but Nenzani said it was unfair for this to be classified as CSA backtracking on its agreements to implement the recommendations of the Nicholson Inquiry into their corporate governance.

This was after their former chief executive, Gerald Majola, was implicated in receiving improper bonus payments.

"I wouldn't say we have backtracked. My understanding is that our restructuring is not just about the composition of the board. As members of Sascoc [the South African Sports Confederation and Olympic Committee], we are committed to continuing our engagement with them."

"We have to get the right balance between independent directors and those with cricketing knowledge," Nenzani said.

Acting president Willie Basson, in his outgoing address, said: "The incoming board will be faced with a major challenge to comply with Sascoc's requirement of increasing the non-independent directors on the board to nine representing the geopolitical regions.

"CSA has engaged with the Nicholson process in good faith but in the end found itself stranded between powerful forces and seriously conflicting objectives.

"Being left stranded between the high aspirations of the Memorandum of Agreement with the Minister [of Sport Fikile Mbalula] and Sascoc's requirements was both uncomfortable and disappointing," he said. – Sapa.

A previous version of this story erroneously named Western Province's Beresford Williams as a challenger to Nenzani. The M&G regrets the error.