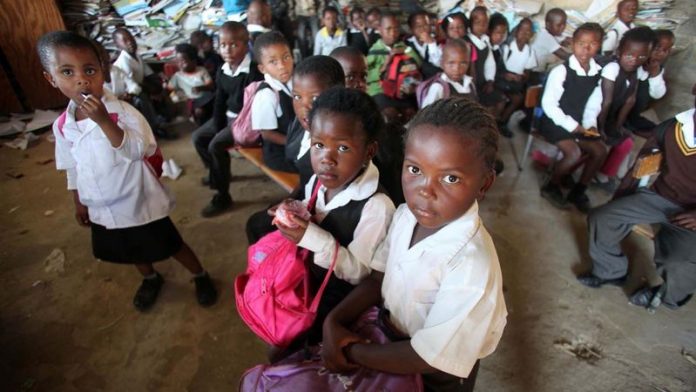 "We will leave no stone unturned to make teaching an essential service. Education must be a priority; when you disrupt education you are not threatening life and death, but you are disrupting the future prospects of the country," Gwede Mantashe told journalists in Johannesburg.

By doing so, the rights of teachers and education professionals to protest will be rescinded, something the ruling party believe will lead to an immediate improvement in education.

"What we are seeking is a guarantee from all in the education sector that they will focus on educating the people of South Africa," Naledi Pandor, science and technology minister and chairperson of the ANC's sub-committee on education said.

The move will almost certainly lead to a clash between the ANC and Cosatu, as the trade union federation has been opposed to it.

Root causes
Sadtu deputy general secretary Nkosana Dolopi said the education system would be best served by ensuring that the root causes of the strikes are dealt with, instead of merely legally preventing strikes.

Sadtu said the main reason for industrial action in education is directly related to problems such delivery of teaching and learning materials, delays of payment to schools and teachers by the government, poor conditions of service, and overcrowding.

But Mantashe hinted the ANC will take a hard stance against its tripartite alliance affiliate. "We are a governing party that must think broader than narrow trade union interests. Education is essential to our future," he said.

However, this won't necessarily translate into the party ramming the move down the throats of the trade union movement through legislation. "When we discuss education as an essential service, it's in the context that we must have a social contract to ensure it takes precedence. We need to ensure we all work together and make this happen," the former education minister, Pandor, said.

Mantashe said more clarity on the party's measures to make education an essential service will be revealed in the run-up to the state of the nation address by President Jacob Zuma on February 14.

These developments come after an extremely trying year for education in South Africa in 2013.