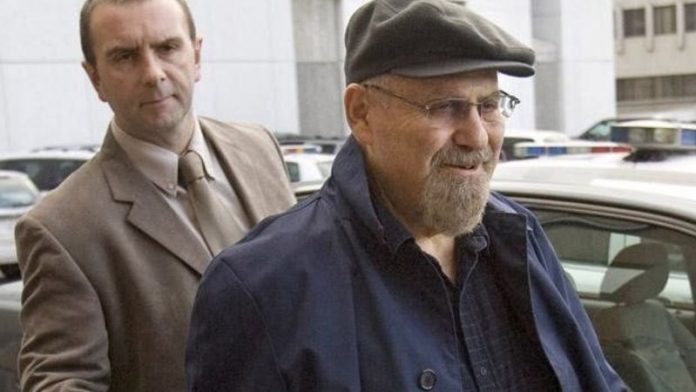 Levin (74) was sentenced in a Calgary court last Thursday, and was earlier struck off the roll of medical practitioners, the Beeld reported on Tuesday

His wife Erica was charged with defeating the ends of justice after she allegedly tried to bribe a juror in the case.

"Your patients came to you for help. Instead, you were responsible for creating more problems. This was a horrible violation of trust," court of queen's bench Justice Donna Shelley told Levin during sentencing.

Levin was found guilty on three of nine charges against him. His Canadian offences came to light in March 2010 when the original complainant showed two videos, taken on a spy camera, which showed Levin fondling his genitals.

Shelley said Levin deserved eight years in jail, but was given a reduced sentence because of his age and ill health.

Levin, who would be registered as a sex offender, was known as "Dr Shock" during the apartheid era when he headed a programme in Pretoria that aimed to "cure" homosexual soldiers with shocktherapy.

'Treating' homosexuality
According to the Daily Maverick: "Ward 22 of 1 Military Hospital at Voortrekkerhoogte, near Pretoria, was where he operated. That’s where suspected gays in the army were sent to Dr Aubrey Levin for 'treatment'.

"Levin was positively evangelical about curing homosexuality: in 1968 he wrote to Parliament asking to address its members on potential changes to the laws on homosexuality, noting that he had 'treated' many homosexuals and lesbians and enjoyed some measure of success in therapy.”

In March 2010, the Mail & Guardian reported that South Africa’s Truth and Reconciliation Commission heard that Levin was guilty of “gross human rights abuses”, including the chemical castration of gay men. But after arriving in Canada in 1995 he managed to suppress public discussion of his past by threatening lawsuits against news organisations that attempted to explore it.

Following the arrest, other male patients have contacted the authorities.

One, who was not identified, told CTV in Canada that he had gone to Levin for help with a gambling addiction and alleged he had been questioned about his sex life and subject to sexual advances.

Levin, who made no secret of his hard right-wing views and was a member of the ruling National Party during apartheid, has a long history of homophobia.

Still to be dealt with is a contempt charge against the offender’s wife, Erica (69), who allegedly tried to bribe a juror on January 11 by offering a female juror an envelope with cash inside in an attempt to get her to find her husband not guilty, said the Calgary Herald.

She has been under house arrest and banned from attending court until her husband’s trial was over.

Levin's legal team was expected to file an appeal within two weeks.