Nigeria and Mali to go head-to-head at Afcon semifinal 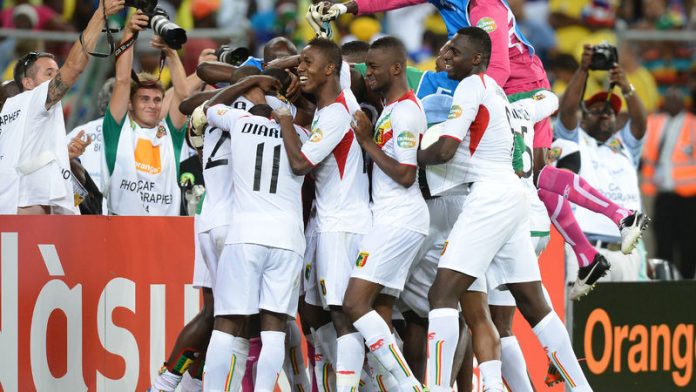 The two teams have defied expectations to reach the last four, and instead of hosts South Africa facing tournament favourites Côte d’Ivoire, a west African derby is on the cards at the Moses Mabhida Stadium on Wednesday.

The Nigerians, who have reached the semifinals on six out of the last seven times they have qualified for the competition, have now been tipped to go all the way and end their 19-year title drought.

Striker Emmanuel Emenike, the joint top-scorer in 2013 with three goals thus far, is confident Nigeria will reach the final for the first time since they hosted the tournament in 2000.

"We beat the team that everyone was talking about and I think we will make it to the final this year," Emenike said ahead of the game.

Two-time champions Nigeria spoilt Didier Drogba's final appearance at the finals when they stunned the Elephants 2-1 on Sunday, while the Eagles of Mali ruined Bafana Bafana's party by ousting them 3-1 on penalties a day earlier.

Underestimating opponents
However, Emenike urged his team-mates not to underestimate their opponents, who have never beaten them in six previous meetings.

"We want to win the trophy and won't get carried away. That will be a big mistake," the Spartak Moscow striker said.

"We need to give them the respect that they deserve because they fought hard to reach the semifinals.

"We also understand that we still have two more games to win before we can be crowned champions."

Emenike, who scored in the victory over the Ivorians, insisted that finishing as the best striker at the finals was not a priority.

"That will be a bonus because I am representing Nigeria and not myself," he said.

"I want to score as many goals as possible to help Nigeria win the trophy."

A rich pedigree at the finals
Nigeria's path to the knockout stages of the competition was initially an unconvincing one as they began with 1-1 draws against Burkina Faso and Zambia, before a 2-0 victory over Ethiopia enabled them to finish second in Group C.

Mali also failed to set the world alight at the start, starting out with a 1-0 win over minnows Niger, followed by a 1-0 defeat to Ghana and then a 1-1 draw with Democratic Republic of Congo.

Patrice Carteron's men were also second best against South Africa in the last eight, before winning on penalties.

Like Nigeria, however, they have a rich pedigree at the finals reaching the last four on six out of the eight times they have entered.

They have relied heavily on veteran midfielder Seydou Keita, who has spoken heartily about how the civil war in their country was driving the team forward.

The former Barcelona star, scorer of two out of the Eagles' three tournament goals, will again be key on Wednesday.

"We want to win to bring joy and pride to the people of Mali," Keita said.

"Football is something that can give hope. We will try to keep improving." – Sapa