Afcon: Underdogs Burkina Faso take on Nigeria for the Cup 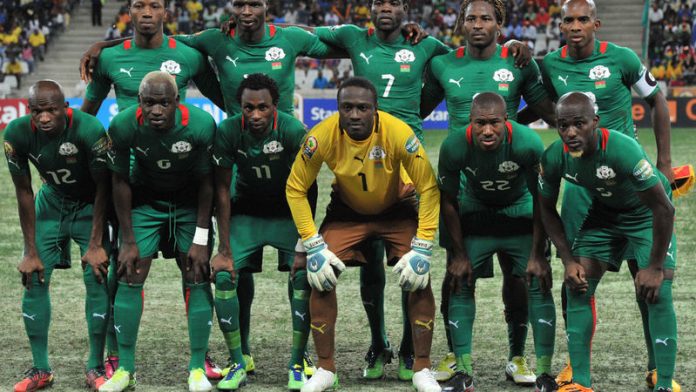 Nigeria on Wednesday cruised to a 4-1 victory over Mali in Durban to reach the final for the first time in more than a decade, while Burkina Faso needed extra time and a penalty shootout to get past favourites Ghana in Nelspruit.

Burkina Faso won 3-2 on penalties after a 1-1 draw in regulation, making it to the final for the first time.

"Surprises are always there," Burkina Faso's coach Paul Put said. "Maybe this time is our time."

Seeking their third title, Nigeria are considered the favourites heading into Sunday's final in Johannesburg, where they will be hoping to return to their glory days of the 1990s. The team, led by Chelsea duo John Obi Mikel and Victor Moses, last won the Africa Cup of Nations in 1994.

The Super Eagles looked impressive in their victory against Mali, finding no difficulties to get past the team led by former Barcelona midfielder Seydou Keita at Moses Mabhida Stadium. The remarkable performance came just three days after it had outplayed Côte d'Ivoire's star-filled squad in the quarterfinals.

The two-time champions scored three first-half goals to quickly put the game out of reach for Mali, who were hoping to lift the trophy to bring joy to fans enduring political instability and conflicts back home.

"Tonight we played against a team that was better than us," Keita said. "It is tough for us to accept it, especially because we had an entire country rooting for us and hoping that we would win this game. All we can do now is to try and analyse this game and try and get the third place in the competition, and bring the joy we failed to give to our people."

The Super Eagles scored through Elderson Echiéjilé in the 25th minute, Brown Ideye in the 30th, Emmanuel Emenike in the 44th and substitute Ahmed Musa in the 60th. Mali's lone goal was scored by Cheick Diarra in the 75th.

Nigeria's coach Stephen Keshi, who captained the team when it won the title in 1994, might be without Moses in the final after he left Wednesday's match with an injury. Exams on Thursday will determine whether the striker will be fit for the match.

"We'll know about that tomorrow [Thursday], the doctors probably will need to do some scans, then we'll know better," Keshi said. "Hopefully it's not bad, because we need everybody in the team. We'll just cross our fingers."

Burkina Faso will certainly be missing its own leading striker, Jonathan Pitroipa, who was sent off against Ghana after being given a second yellow card for diving just three minutes from the end of extra time.

Burkina Faso will be enjoying its greatest moment in football on Sunday after surviving a thrilling match against Ghana in Nelspruit.

The underdogs
Three Ghanaians missed their spot kicks in the shootout, with Burkina Faso goalkeeper Daouda Diakité pulling off the decisive save from Emmanuel Agyemang Badu to send the underdogs through to the final at National Stadium.

Ghana went ahead in regulation with a penalty converted by Wakaso Mubarak in the 13th minute, but Aristide Bancé netted an equaliser in the 60th to keep Burkina Faso alive in first semifinal appearance in 15 years.

"When we arrived in this competition, the only person who believed in us was our coach," Burkina Faso's captain Charles Kaboré said.

It was another disappointing elimination for Ghana, which made the semifinals in the last four tournaments. The Black Stars haven't won the title since 1982.