Deep read: Rape – the form you never want to fill out 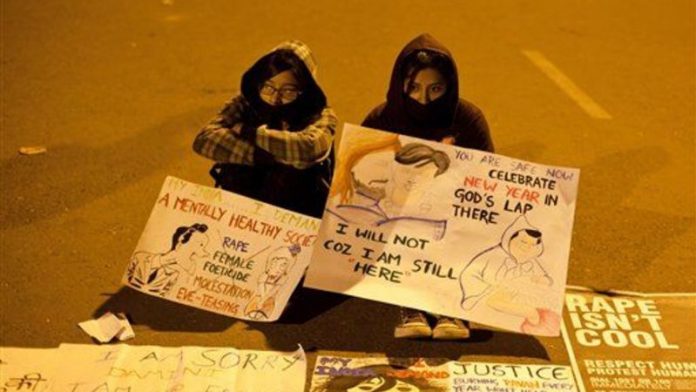 Rape has become a part of the collective female consciousness in South Africa. Women are formally taught how to handle it and informally taught to expect it.

A 2010 Gauteng survey by the Centre for the Study of Violence and Reconciliation (CSVR) found that women were three times more likely to obtain a successful conviction if physically injured and four times more likely if they had genital injuries.

While the low final conviction rate is a result of many different factors, ranging from withdrawn cases and a backlogged court system, the impact remains the same: if you are raped, don't set your hopes on obtaining a successful conviction. In other words, do not expect justice – particularly if you do not have all your necessary paperwork, like the J-88 form, filled in correctly.

The form you never want to fill out
The J-88 details all physical injuries sustained during any attack and must be filled out by a medical doctor, or a forensic nurse.

This six-page form is designed to leave no evidence unreported, resulting in an extensive and invasive examination. There is a detailed questionnaire around the victim's sexual history – including previous pregnancies, date and time of last intercourse with consent and questions on menstruation.

Next is a detailed genital examination, which asks the doctor or nurse to provide a detailed analysis of the various parts of the genitals, along with the number of fingers admitted to the vagina, the opening diameter of the hymen and the presence or absence of pubic hair.

It is usually filled in along with a forensic rape kit, which gathers all forensic evidence from the victim such as semen, skin cells or hair that can be used to identify the perpetrator. The nature of rape means that there are often no witnesses to the crime, leaving only the victim and the accused to give their testimony.

The J-88 form can become an important part of achieving a successful conviction if filled out properly, and the evidence it provides can be enough to prove beyond reasonable doubt that an accused is guilty of rape.

Lawyers Against Abuse founder Professor Bonita Meyersfeld explains: "Even with the J-88, it's close to impossible [to get a conviction]. The J-88 is going to be challenged. Often it's not obtained immediately after the rape because people don't engage the system after their rapes for a 100 very good reasons.

"The J-88s aren't always foolproof evidence, but you haven't a hope in hell without one," says Meyersfeld.

To protect and serve
Along with the unavailability of J-88 forms, rape victims face other problems when they report their rape at a police station.

"I still publically advise: don't go to the police station on your own. It's the most unsafe place you can go after a rape," says Meyersfeld.

Fear of corruption and what experts term "value judgments" play a large role in why many women are too scared to report the rape, or simply do not believe the police will be able to help them.

Withdrawn cases and corruption
"You can [buy] a rape docket for R50. Frankly, you don't even need to pay for it; some courts are in such chaos you can walk into the archives and take it," says Meyersfeld. In Alexandra township there is allegedly an unofficial price list to make criminal dockets disappear.

In addition, dockets get lost, investigating officers do not follow up cases or report the complainant missing. And if the accused is not found, the case cannot go to trial.

Dianne Kohler Barnard, the Democratic Alliance's spokesperson for police, says she blames the inefficiencies on former national police commissioner Jackie Selebi, who closed down specialised task forces in 2006 –  including the family violence, child protection and sexual offence (FCS) units, which were only restored to full functioning units in 2011.

Pressure on the police to improve crime statistics also encourages dumping of dockets and important forms like the J-88. Once medico-legal evidence like the J-88 or a forensic rape kit is lost, gaining a successful conviction becomes extremely difficult, especially if the form was not filled out within 48 hours of the rape.

The third witness
When only two individuals are witness to a crime, medico-legal evidence becomes the "third witness". It can provide evidence that neither party should be able to alter. With rape, the main argument to be fought is that of consent.

"There's that notion that if you're being raped you must put up a fight. The signs of putting up a fight are that you've been beaten. So, if someone comes and rapes you and you have no scars, the questions start around whether or not you were really raped, if you're trying to get someone in trouble. A husband can rape his wife without beating her. It's still rape," says Dianne Massawe, head of advocacy and monitoring at the Tshwaranang Legal Advocacy Centre.

The CSVR study also found that 32.4% of perpetrators were armed, predominantly with a knife or gun. In these cases, women often do not physically struggle for fear of being killed, which leaves them without the physical markings that supposedly indicate lack of consent.

The medical examination is invasive and covers both genital and physical injuries. Carmen* remembers being examined after she was raped when she was 10 years old.

Her mother was a nurse who knew she should take her daughter to a hospital immediately. "I peed in a cup, then we went to the gynaecologist, who was a man. They examined my vaginal area, and probed me with a long, cotton wool thing and put it in a sample bag," says Carmen. No one explained to Carmen that they were taking a vaginal swab for forensic evidence.

"Then the doctors asked me if I felt anything inside of me when the incident happened, and I was confused, so I said no."

Carmen was subsequently taken to the police station where her father opened a docket. After that, the family never heard from the police again.

"I never really thought they would catch him. I never expected it to happen. I think my parents' main concern was making sure my childhood wasn't too disturbed by it."

Secondary invasion
Doctors face the double responsibility of having to carry out the examination and then appear in court to explain their findings. With the backlogs in South Africa's courts, doctors are often reluctant as this could mean sitting in court for hours, or even days, only to find the trial postponed because a piece of documentation is missing.

Complicated medico-legal evidence is dissected by prosecutors and magistrates who are not medically trained to interpret the findings. Often a victim is asked to explain the findings on the form which they might not have seen for months, or years.

Time-stressed doctors sometimes only fill out the genital examination section on the form, omitting other bodily evidence of assault. Holes can be picked in the victim's testimony, for example, if they claim to have been hit but no evidence of a wound is indicated on the J-88.

Powerlessness revisited
"If you want to re-traumatise someone, put them through the criminal justice system," says Lisa Vetten, a prominent gender equality activist. "They've had one experience of powerlessness, helplessness, being at the mercy of someone. So what do you do? You create a system that recreates that to a T. But you can't report this time because you are up against the law."

Rape victims in court proceedings are subject to intense scrutiny of their private and sexual lives. Defence counsel's job is to prove that the victim is lying or gave consent. These arguments reflect many deeply entrenched gender inequalities that dominate the entire legal process.

A woman's sexual history is open to examination along with what she was wearing, if she had been drinking and if the victim and the accused had a previous sexual history.

Burden of proof
Beliefs around "real" and "simple" rape still seem to influence South Africa's legal system. Many people believe that "real" rape involves a woman being attacked by a violent stranger who is willing and ready to harm her. "Simple" rape, by contrast, is understood to occur when a woman in raped in a space she may have considered safe, by a man she knows.

With all these obstacles in mind, rape survivors must seriously consider whether they have the time, energy and resources to keep their case in court.

Finding justice
It is hard enough to report cases to the police, but the additional pressures from families and communities are often enough to stop a victim seeking justice after they have been raped.

Carmen's rape gave her sister the strength to come forward and tell her family that her uncle had repeatedly raped her between the ages of five and 10. The family did not press charges against him.

"Sometimes I feel like my rape was petty, because it only happened once. Her whole life is so fucked up because of it. People react differently to rape. My defence mechanism was to be like, 'Whatever, it happened, move on'. But she feels it every day … "

*Names have been changed to protect confidentiality.

Lisa Golden is a recent graduate of the BA Honours Journalism program at Wits University. This article was supervised by members of the Wits Justice Project, which investigates miscarriages of justice.