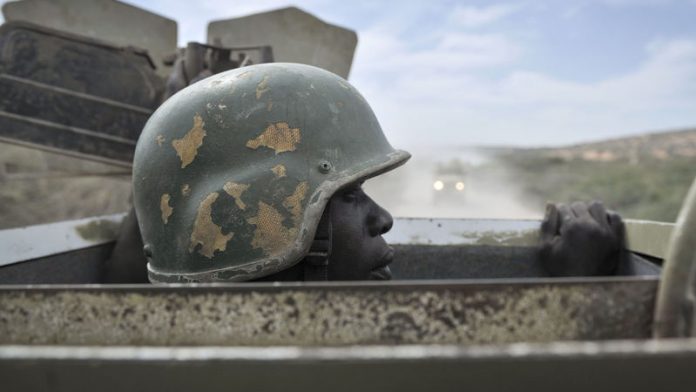 After announcing plans to start withdrawing its 4 000 troops from Mali in March, France called for a peacekeeping force to take the baton, the French ambassador to the United Nations said after closed security council talks on the crisis.

France's Foreign Minister Laurent Fabius said a peacekeeping force could be in place by April, incorporating troops being deployed under the banner of a West African intervention force, African-led International Support Mission to Mali, into a UN mission.

"Once security is assured, we can certainly envisage, without changing the structures, that this takes place in the framework of a peacekeeping operation," Fabius told journalists in Paris.

"This gives the advantage of being under the umbrella of the United Nations, under its financing," he said.

France's ambassador to the UN, Gérard Araud, said it would take "several weeks" to make an assessment on sending peacekeepers.

UN peacekeeping chief Hervé Ladsous acknowledged objections raised by the Bamako transitional government but said such a force is supported by the African Union, the Community of West African States and key UN members.

"I think there is clearly a shared desire of the international community to do what needs to be done in Mali," Ladsous told a press conference in New York. He said the UN was already working on "the different possible scenarios".

Much of the peacekeeping force would come from troops offered by West African nations, diplomats and UN officials said.

More than 6 000 troops have been promised to the West African interim force. There are also about 2 000 troops from Chad fighting alongside the French forces who entered Mali on January 10 to halt a march by the rebels against the capital Bamako.

Holdout jihadist groups 'still fighting'
France launched a surprise intervention in its former colony on January 11 as extremist groups that had seized control of the north in the aftermath of a military coup pushed south toward the capital Bamako.

France-led forces have largely pushed the rebels back to remote mountains near Algeria's border but are still being attacked in retaken territory, raising fears of a prolonged insurgency.

France's Defence Minister Jean-Yves Le Drian said the rebels had hit back at troops with rocket fire on Tuesday in Gao, the largest northern city.

"Once our troops, supported by Malian forces, started patrols around the towns that we have taken, they met residual jihadist groups who are still fighting," Le Drian said on Europe 1 radio.

"The combat isn't over. The attacks are going to continue," a spokesperson for the Movement for Oneness and Jihad in West Africa said.

Newspapers in France reported on Thursday that the military intervention has already cost France €70-million with the figure rising by €2.7-million per day.

"This is a real war with significant losses but I'm not going to get into an accounting exercise," he said on Wednesday when asked about the toll.

Death toll
France's sole fatality so far has been a helicopter pilot killed at the start of the operation. Mali said 11 of its troops were killed and 60 wounded in early fighting but has not since released a new death toll.

The UN said on Wednesday it had regained access for aid operations in central Mali, and hoped to soon be able to move into the north, where landmines and lingering rebels still pose a security threat.

"We could have access over coming days," said David Gressly, who steers UN humanitarian operations in the region.

France's President Francois Hollande, who has vowed to stay in Mali as long as it takes, said a drawdown of troops would begin in March "if everything goes to plan", a spokesperson said.

France now has as many troops in Mali as it had at the peak of its deployment in Afghanistan in 2010.

French fighter jets continue to pound the area around the Adrar des Ifoghas massif in the far northeast, a craggy mountain landscape honeycombed with caves where the insurgents are believed to have fled with seven French hostages.

Mali has effusively welcomed the reclaiming of its northern territory, but the national mood took a downward turn when the national football team lost the semifinals of the Africa Cup of Nations on Wednesday.

"A semifinal victory could have distracted us a little bit from this war," said an agitated Diakari Dia (21) in the capital. – AFP