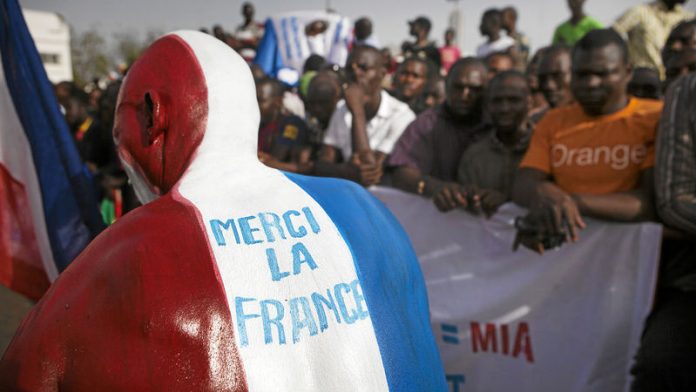 French forces left Timbuktu almost as swiftly as they arrived. Nine days after parachuting into the city in northern Mali, they handed it over to African peacekeeping forces and trundled out in an armoured column headed in the direction of mountainous Kidal, the last major town in the north not fully under French and Malian government control.

This model of rapid withdrawal, leaving security to African forces, is the one that France wants to follow as it seeks to extract itself without allowing Mali to descend into a cycle of revenge killings and intercommunal strife.

Operation Serval, which began with bombing of Islamist targets around the desert city of Gao on January 13, is entering a second potentially fraught phase, with France aiming to pacify Kidal and put in place a political settlement that will address the root causes of the Mali crisis. On the ground this will mean a deal with the remnants of the ethnic Touareg separatists, the National Movement for the Liberation of Azawad, while, in New York, France is leading efforts to bring the unwieldy 8 000-strong African force agreed by the African Union and Mali's regional neighbours under the authority of the United Nations.

This strategy would allow Paris to declare its own combat operations over while leaving space for a continued presence in Mali wearing the blue hats of a UN peacekeeping operation. The Islamist groups who held half of Mali's territory and briefly threatened to march on the capital, Bamako, have been scattered for the time being, with reports of Jihadi fighters arriving as far away as Darfur in western Sudan. However, fewer than 200 of the estimated 3000 Islamists were killed during the reconquest of northern Mali, raising fears that a new asymmetrical conflict will begin when French forces begin to draw down later this month.

After returning from his victory tour of Mali, French President François Hollande met with United States Vice-President Joe Biden in Paris on February 4. Despite the US's relatively modest assistance in the French operation, Hollande expressed French "gratitude" to Washington for what he described as "political, material and logistical support". The political part of that support will now be crucial at the UN Security Council if France wins backing for a major new peacekeeping effort in the Sahara.

In public, France has talked up the performance of the much-derided Malian army, with Britain and Canada persuaded to send military trainers to assist them and local troops drafted into areas retaken by French forces. But in private, diplomats acknowledge that Mali's army is both incompetent and dangerous.

"The new reality will be to have a force to hold the ground after the end of the military ops, considering that there's no Malian army," said a diplomatic source at the UN headquarters. "We are really worried, we do know that in Bamako the spirit is not reconciliation but revenge, so we are doing our utmost to avoid that this revenge leads to exactions in the north, and doing our utmost to avoid human rights violations."

The population is blaming Tuareg and Arab communities in the north  for rights abuses under the Jihadis and the National Movement for the Liberation of Azawad. Looting and revenge killings have swept liberated towns, with Mali's army doing little to stop them.

France and its allies must hope that al-Qaeda in the Maghreb and its offshoots have returned to their roots in the Saharan smuggling trade rather than beat a tactical retreat ahead of a new campaign of attacks.