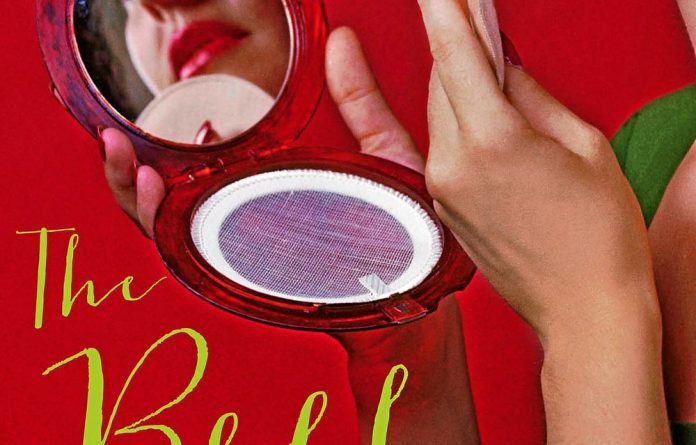 Dark, witty and painful — Sylvia Plath’s The Bell Jar has disturbed and enthralled readers from the moment it was published under a pseudonym in 1963.

Later that year the poet and writer killed herself. Faber released an edition of the book under her name in 1966, but a new edition to mark the 50th anniversary of the novel has seen the publisher accused of portraying the book as glorified chick lit.

The anniversary edition — the cover of which features a young woman fixing her make-up in a powder compact — has been criticised for misrepresenting the work and trivialising its content.

The London Review of Books was among the first to question the cover. “You don’t need to have read the novel to see what the problem is; the blurb on the back of the offending cover makes it clear enough: the narrator, we are told, ‘grapples with difficult relationships and a society which refuses to take women’s aspirations seriously’,” wrote blogger Fatema Ahmed.

She suggested that Plath’s work had become a victim of commercial pressures. “I can imagine complaining along these lines in an editorial meeting at a British publishing house, and being sighed at: ‘Yes, of course the 1960s cover is beautiful — I love it — but Waterstones and Tesco won’t stock it,’” she wrote. “It sounds like a reasonable point. And it may be true that paperbacks with photographs of people on them shift more copies in supermarkets.

“But it isn’t as if The Bell Jar has to earn out its advance.

“And for some reason the rule doesn’t apply to recent anniversary redesigns of George Orwell (by David Pearson for Penguin) or BS Johnson (by La Boca for Picador). Lucky them.”

Dustin Kurtz, a marketing manager at the publisher Melville House, tweeted: “How is this cover anything but a ‘fuck you’ to women everywhere?” — although the tweet was subsequently deleted — and Andy Pressman, a graphic designer, called it “Awesomelycomicallyhistorically inapprop”.

He added: “And by ‘historically’ I mean incorrect on a scale of which we have few historical precedents,” not “that typeface didn’t exist in that era.”

The feminist blog Jezebel called the cover “hideous”, adding: “If Sylvia Plath hadn’t already killed herself, she probably would’ve if she saw the new cover of her only novel The Bell Jar. For a book all about a woman’s clinical depression that’s exacerbated by the suffocating gender stereotypes of which she’s expected to adhere and the limited life choices she has as a woman, it’s pretty … stupid to feature a low-rent retro wannabe pin-up applying make-up. Also, it’s ugly and the colours suck.”

A searing examination of the ravages of mental illness and the limitations of 1950s American society, The Bell Jar tells the story of college student Esther Greenwood, and the enclosing bell jar of her depression.

The first edition of the novel to appear under Plath’s name featured a cover designed by Shirley Tucker, with a bold typeface and urgent concentric circles.

Fans of the novel were outraged that a similarly bold cover has not been used to mark the 50th anniversary of its publication. Reader Sarah McAlpine wrote: “It’s a lady book? About a lady? Lets make it pink and grab a stock photo of a lady with make up. Ladies love that.”

Cethan Leahy commented that the novel now looked like a “tale which is possibly about the fun hi-jinks of four air stewardesses”, and the children’s writer Louie Stowell wrote: “I think, after that Bell Jar cover, my next pitch for a kids book will be The Big Pink Book of Low Expectations for Girls. Commercial gold.” — © Guardian News & Media 2013

Shattering the glass ceiling is not enough, the new auditor general must make ‘live’ audits the norm here in SA
Read more
Opinion

In a world defined by gendered violence, what can we do differently?
Read more
Africa

Many Ugandans find Stella Nyanzi’s mode of protest, including vulgar insults and stripping to make a point, unsettling. But her challenge to the country’s patriarchy could bring much-needed reform
Read more
Friday

For the past five years, Lauren Beukes has been working on a book set in the aftermath of a global epidemic. Its release couldn’t have been more timely
Read more
Opinion

Women in Africa should not be viewed as having ‘special negotiating skills’. Instead, we should motivate for more women in leadership positions because of their equality as citizens
Read more
Advertising