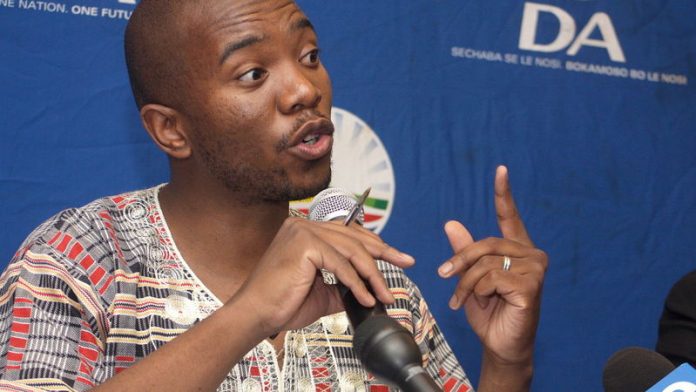 Democratic Alliance (DA) spokesperson Mmusi Maimane poured cold water on claims that stacks of textbooks that were found at a warehouse on Friday were a result of overstocking by the department.

"Education department spokesperson Panyaza Lesufi claimed to Sapa yesterday that these books are merely additional stock … This simply cannot be the truth," he said.

Lesufi said they had overstocked so that they could deliver books within 24-hours if the need arose.

Maimane said the DA was in possession of a letter from a principal apologising to parents for the school not receiving any textbooks for core subjects.

"If the department can deliver books within 24 hours to any school in need as Mr Lesufi claimed, then why is this principal writing desperate letters to parents a month into the school year?" Maimane asked.

The DA alleged that they performed telephonic surveys with several schools around Limpopo and found that 56 of them had not received all the textbooks they needed.

Maimane said he believed there were hundreds of schools still without the relevant books.

A DA Limpopo legislature member was detained on Friday for allegedly trespassing at the warehouse where they textbooks were found, said the party.

The party's provincial leader Jacques Smalle said police refused to release DA MPL Meisie Kennedy until she had deleted photos from her phone.

"The DA made a surprise visit to the warehouse this morning after pursuing the reasons for book shortages in schools this week," Smalle said.

Limpopo police could not comment on the incident because no charges were laid.

'Still in shock'
Kennedy said the books were stacked from the ground to the ceiling in the warehouse.

"I introduced myself [and said] I wanted to conduct an oversight at the warehouse," she said.

"I was allowed in, but while taking pictures I was manhandled. I screamed, I wanted to get help. They grabbed me. I'm still in shock."

Kennedy said she would not lay a charge with the police because she was not injured. Her driver's licence, identity document, and camera were confiscated, but were returned after the photos had been deleted.

The department of education said it did not own the property in the warehouse.

"The DA impersonated a government official and that property does not belong to the department, it belongs to a private company," spokesperson Panyaza Lesufi said.

"They must sort [these issues] out with the private company."

He said the warehouse belonged to distribution company UTI.

Overstocked books
The DA said it had heard from schools with textbook shortages that the education department had failed to deliver because of problems with a tender.

Smalle said the department had attempted to move the textbooks to another location on Friday morning after hearing of the DA's visit.

"A delegation including Mmusi Maimane, Desiree van der Walt, and myself arrived in time to witness this," said Smalle.

"The warehouse was immediately put into lockdown and thousands of books are still inside."

Lesufi explained that some of the overstock was because the department's database had not been updated since 2011 and some schools had gone from being just Afrikaans to Afrikaans and English medium schools.

"That is why we have overstocked the books, so if there is a delay we can deliver. We can also use those books next year.

"We have delivered books in Limpopo. Yes, there might be shortages, but it's because of our database," he said. – Sapa.

Because of the government’s indecisiveness, we have missed the boat on charting new territory for learning
Read more
Opinion

Despite Ekurhuleni spending R2.8-million on a sewer line to prevent further damage to a pump station, raw waste has contaminated a wetland
Read more
Advertising
Continue to the category
National