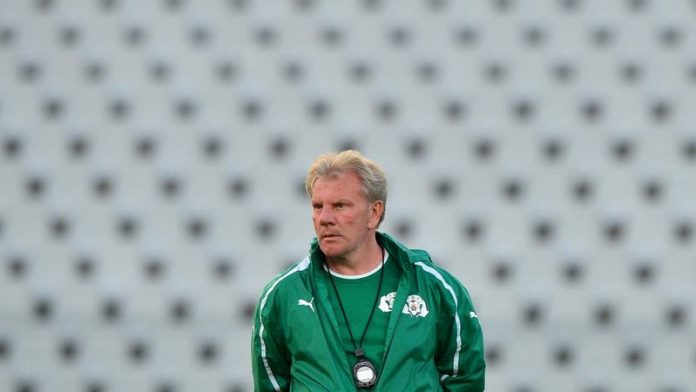 The humble, straight-talking Belgian arrived in South Africa last month with a squad of flops – 16 of the 23 players had made a humiliating exit from the previous Cup of Nations in Gabon/Equatorial Guinea a year ago.

They lost to Angola, Ivory Coast and Sudan, extending to 17 matches a winless run in the competition that followed a 1-0 victory over Guinea when Burkina Faso hosted the 1998 championship.

Portuguese coach Paulo Duarte, the self-appointed Jose Mourinho of African football, left soon after the debacle and in his place came Put, who had found success elusive during five years in charge of Gambia.

"There were a lot of doubters when I first arrived in Ouagadougou to take up my post. I believe many were hoping for a Mourinho-type coach," the 56-year-old Belgian told AFP.

Success-hungry Nigeria
Placed in charge of talented players like France-based trio Charles Kabore, Jonathan Pitroipa and Alain Traore, Put suffered a 1-0 loss away to the Central African Republic in his first competitive match.

Burkina Faso were leading 2-1 entering stoppage time in the return match, but heading out of the qualifying competition for the 2013 Cup of Nations on away gaals until Traore popped up with his second goal on 97 minutes.

Placed in Group C with title-holders Zambia, success-hungry Nigeria and long-time absentees Ethiopia, the best the Stallions could seemingly hope for was third place.

When defender Mady Panandetiguiri talked about winning the trophy, few took any notice. How could a team so tarnisehd by failure and with a coach few had heard of outside west Africa aspire to such heights?

Put plotted draws with Zambia and Nigeria and a four-goal walloping of Ethiopia in the group phase followed by an extra-time victory over Togo and a penalty shoot-out triumph against Ghana.

How to motivate
What is the secret of his success? "It starts with being myself and over the years I have gained experience of working in Africa. I know what I am capable of, how to approach people, how to motivate, how to plan tactics," he said.

"It is very important to give players confidence and a belief in what they are doing. It is also vital to remember the ordinary man in the street in Burkina Faso.

"Many are very poor and do not have much to look forward to apart from football. When their country is playing well, it makes their troubles more bearable," said Put.

Put coached Lokeren and Lierse in his homeland before being banned for three years over a match-fixing scandal that intruded into his family life with death threats.

World governing body FIFA did not extend the ban worldwide, allowing Put to head for Africa and now he is one victory away from becoming the first Belgian to coach a Cup of Nations-winning team. – Sapa-AFP

People in countries such as Brazil, India and China are two to three times more likely to be entrepreneurs than South Africans.
National