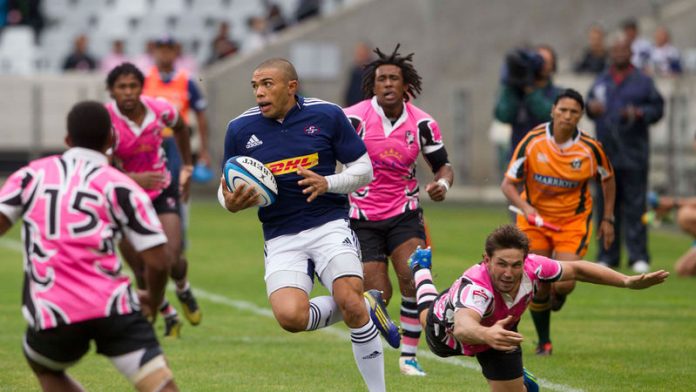 The Golden Lions staved off a spirited fight-back from the Southern Kings to triumph 41-31 in their warm-up match at Ellis Park.

While both camps tried to downplay the clash between the Golden Lions and the Southern Kings as a grudge match, the supporters did not quite get the message as nearly 20 000 fans turned up for the clash.

The Kings' lack of depth was evident as they struggled against a young Lions' side that demonstrated their vibrant youth with the ball in hand.

The Kings showed some defiance on defence as they held fast against some of the Lions' probing of the advantage line.

The Johannesburg-based side struck the first blow with fullback Marnitz Boshoff succeeding with a penalty conversion on his second attempt at goal in the 16th minute.

The Kings replied four minutes later with a well-worked try with Rynier Bernardo finishing off with a try close to the sideline, which flyhalf Wesley Dunlop converted.

The home side then kicked up another gear as they ran in three tries in the final 20-minutes of the second half.

The Lions capitalised on a Kings mistake from the kick-off as the ball was dropped in their 22 with the hosts pouncing on it.

They advanced to within five meters from the visitors' line with Hendrik Roodt picking the ball to dive over for his team's first try in the 23rd minute, with Boshoff converting.

Ten minutes later the Lions once again crossed the tryline with some smooth distribution by the backline with flanker JJ Breet receiving the ball on the sideline at pace to score in the right-hand corner.

With five minutes left in the first half, the Lions struck another blow with prop Ruan Dreyer scoring from a driving maul from a lineout, with Boshoff converting to take their lead to 22-7 before the break.

Close to an upset
The Kings received the first of two yellow cards of the match with Wayne Stevens being sent off minutes into the second half.

The Lions made use of the advantage as they once again used the driving maul with great effect as Roodt powered his way over the line for his second try in the 43rd minute to give his side a 20-point advantage.

The visitors then launched a spirited fight-back as scrumhalf Johan Herbst found a gap on the Lions' 22 to dart through and score under the sticks, with Dunlop converting.

The Lions once again got over the whitewash with Warwick Tecklenburg scoring the first of his two tries from a driving maul, shortly after Kings flanker Tomas Leonardi received his marching orders for 10 minutes in the sin bin.

The Kings came close to causing an upset as they scored two converted tries within five minutes to bring them within six points of the Lions.

After Herbst scored his second try in the 65th minute, Hadleigh Parkes also added a five-pointer to the scores.

The Eastern Cape franchise then made a baffling decision as they opted for a penalty conversion rather than kick for the lineout.

A converted try could have seen them clinch a one-point lead but instead they were trailing the Lions by three points with six minutes left in the match.

The Lions then struck the final blow as Tecklenburg added his second try to give his side a psychological victory over the team that replaced the Lions in this year's Super Rugby competition.

Rampant Stormers
The Stormers meanwhile ran in nine crowd-pleasing tries for an eventual 57-0 win over neighbours Boland in the friendly derby at the Cape Town Stadium on Saturday afternoon.

From the outset the Stormers, in what was their final Super Rugby warm-up match, seemed content to keep ball in hand, even from positions deep inside their own half. They worked through phases and on occasion they showed enterprise, which Boland battled to contain.

Coleman was the architect of the Stormers' next try, five minutes later, when he landed a crossfield kick from 40-metres out for rightwing Gio Aplon to collect. Aplon tip-toed his way past the Boland rearguard to score next to the posts. Coleman missed the sitter (12-0).

Despite the two setbacks Boland kept their challenge alive with fierce tackles and commitment at the breakdown and the Stormers would have been pleased with the quality of the opposition.

The raw power in the Stormers' pack made life difficult for Boland but although their first line of defence did not always kick in they scrambled well.

Outside centre Jean de Villiers rounded off splendidly after the Stormers backline showed a fair turn of speed. Coleman was again wide of the mark with the conversion attempt.

The Stormers piled on the presurre ahead of the break but they failed to convert any of the try-scoring chances and had to be content with a 17-0 lead at the break.

Easy pickings
The Stormers managed far more accuracy in the game as the second half wore on and the scoreboard kept ticking over.

Lock Andries Bekker, back after a long injury lay off, had a fine first half and he opened the scoring in the second half. Joe Pietersen resumed the kicking duties and he goaled splendidly from near the corner flag (24-0).

The next 20 minutes saw the Stormers virtually double their lead thanks to three tries by flanker Siya Kolisi, two of which were converted by Petersen (43-0). Kolisi's second try was scored after a Stormers rolling maul, from 15-metres out, flattened their opponents.

Four minutes ahead of the final whistle, Aplon, and moments later Pietersen, gave the crowd one last cheer when they both darted in at the corner for the final tries of the match in the space of three minutes.

Pietersen nailed both conversions, one of which was a sevens-style drop-kick conversion, so close the game 57-0. – Sapa.