Local apps for a local market 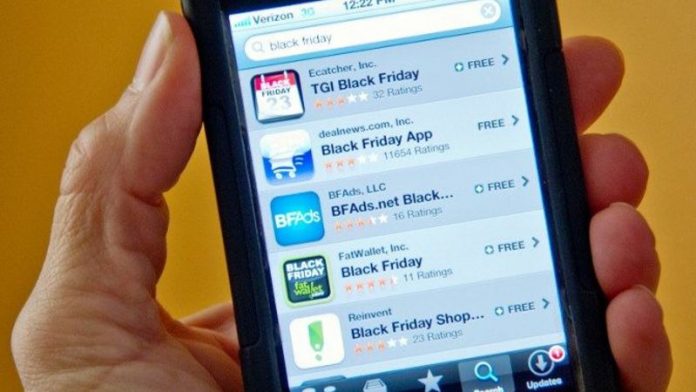 How many apps are enough for a smartphone or tablet computer? 700 000 may not be enough for the iPhone and iPad’s App Store or the Android devices’ Google Play store. That is at least how many applications can be found in each of these stores, yet neither include everything anyone may want for their devices.

The BlackBerry World app store claimed “only” 70 000 apps for the recent launch of the smooth new BlackBerry 10 platform. For many, it is irrelevant that no sane person will ever download 70 000 or 700 000 apps – the argument is about who has the biggest boasting credentials.

But these credentials were put into context last week at the BlackBerry Jam developer conference in Amsterdam.

“One of our goals was not only to deliver key global apps, but also a real local experience,” said Martyn Mallick, vice president of Global Alliances and Business Development for BlackBerry. “If I live in South Africa, it’s important that I have apps that are relevant to me. It’s one of the things that differentiates BlackBerry.”

Samsung and Apple would argue with that statement. The local Samsung office as well as Apple’s South African distributors, the Core Group, have worked hard at developing local content.

Identiying local tastes
The BlackBerry difference is that it has relentlessly courted not only content owners, but also app developers. Aside from attractive incentives, it has set up app labs in Cape Town and Pretoria, to provide a combination advice bureau and working space. But content was not ignored.

“One of the things we set out to do was put local BlackBerry people inside countries, identifying the apps that matter to people in that country. What TV, banking and newspaper apps do people want? The Wall Street Journal and New York Times are great global publications, but they don't deliver my local news.”

During the opening keynote session of BlackBerry Jam, attended by 1 500 developers from across Europe, it was startling to see among examples of BlackBerry 10 media apps displayed prominently on the big screen, the logo of Pretoria-based Jacaranda FM.

Later, in an interview room at the conference, it was equally startling to hear a global BlackBerry executive rattling off the names of South African brands with BlackBerry 10 apps. Mallick mentioned News24, Waytag, PriceCheck, BidorBuy, Takealot, FNB, Tracker and Mxit, among other.

“This is what we’ve done for any number of countries, including Nigeria,” he said. “It’s not that the global apps don't matter; they are absolutely critical. But the local piece is equally important. We pair that up, for example, with EA games, Angry Birds and big business applications.”

Ratings
Local BlackBerry World users are also less likely to face the disappointment experienced by many South African visitors to Apple’s App Store, who find many popular games apps are not available. The reason? Technically, any game sold in South Africa must be given a rating by the Film and Publications Board.

“We work with a global consortium around a rating system,” Mallick explained. “BlackBerry World has an age-based rating system, and we vet every app that goes into the store. That combination gave us the comfort that we are meeting global standards.”

“I’ve learned is that every country has a slightly different affinity to international artists versus local,” says Mallick. “It turns out South Africa has high proportion of local artists and labels, so we have to see who will give a local music experience with which people will be familiar.”

Waytag
​Among South Africans attending BlackBerry Jam was Stephen van der Heijden, an executive at Waytag, an app that assigns a unique digital address to any point on a map.

“We feel BlackBerry is a very strategic partner for the African region, especially South Africa and Nigeria,” he explained his presence.

Waytag is still only available for Android and iOS devices, which make up little more than 10% of smartphones in South Africa. Despite BlackBerry claiming almost half the market, developers had kept their distance from its ageing platform.

But, with BlackBerry 10 offering a seamless experience on a par with competing operating systems, that’s changing. Technical relevance has caught up with local relevance. – gadget.co.za

Thanks to years of mediocrity, the rich footballing history of the club and its city is often forgotten
Read more
Advertisting
Continue to the category
National