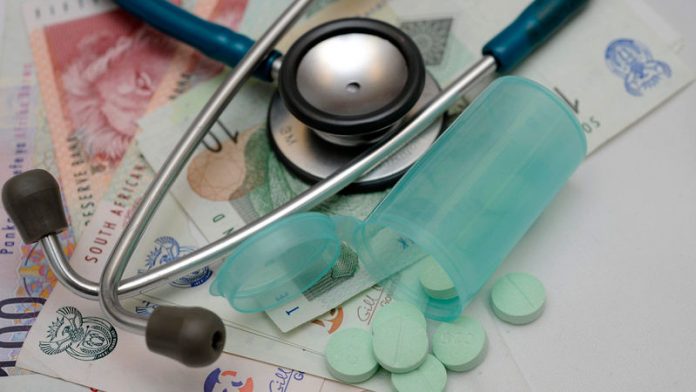 By 2020 the market will have more than doubled from current levels to $45-billion.

Not only is the continent's economic growth grabbing attention in boardrooms but the shifting nature of its disease burden is luring Big Pharma, as new opportunities open up for treating chronic diseases afflicting the middle classes, rather than just fire-fighting infection.

European companies, in particular, hope to reap rewards by investing early in a region where many of them already have historic commercial ties.

Violence in Mali and Algeria have put Africa in the headlines in recent weeks but Sanofi of France – the international drug company with the biggest sales in Africa – is still pushing ahead with a third factory in Algeria.

Viehbacher said he is forging ahead with the investment despite the recent hostage crisis in Algeria because the two existing plants simply cannot cope with local demand.

Niche market
By 2016 pharmaceutical spending on the continent is expected to reach $30 billion, driven by a 10.6% annual growth rate that is second only to Asia and in line with Latin America, reported IMS data.

By 2020 the market will have more than doubled from current levels to $45-billion.

Although it is likely to remain a niche market, the promise of Africa is that it will continue to grow in the next decade as Asia and Latin America start to reach maturity.

It is that potential for the continent to act as a hedge against slowing long-term growth in established emerging markets that appeals to Novartis chief executive Joe Jimenez.

"We're thinking hard about what happens when those emerging markets start to slow because they are not going to continue growing at the rate that they're growing forever – and a place where we're putting a lot of our attention is Africa," he said.

The growth will be fuelled by increasing economic wealth and demand for treatments for chronic diseases in a more urban, middle-class population.

Non-communicable diseases – like heart disease, lung disorders, diabetes and cancer – are expected to account for 46% of all deaths in sub-Saharan Africa by 2030, up from 28% in 2008, according to the World Bank.

Missing links
It is a major shift for the pharmaceutical industry, whose main role has been supplying drugs for infectious diseases such as malaria and HIV in Africa, often on a humanitarian basis.

It also signals a turnaround from the public relations disaster that followed a 1998 lawsuit by 39 multinational drugmakers against Nelson Mandela's South Africa over the supply of generic versions of patented HIV treatments.

Still, Western multinationals face plenty of hurdles in the form of bureaucracy, corruption and a lack of regulation and infrastructure as they try to tap this promising market.

"Drug manufacturing does not happen in a void. And the expertise needed, such as training, the links between universities and industry, regulatory framework, is often missing in Africa," said Christoph Spennemann, a legal expert at the United Nations Conference on Trade and Development.

Western companies also have to deal with cut-price competition from drugs imported from India and China, the volume of which has more than doubled in recent years.

Indian drugmakers have made particular inroads in Anglophone Africa, while Chinese firms have benefited from healthcare projects funded by China across the continent.

British drugmaker GlaxoSmithKline, whose African presence dates back to 1971, is addressing the issue by emphasising volume over profits. It aims to lift drug volumes in Africa fivefold in five years by accepting lower prices.

'Africa is coming'
"It's still very challenging and there are still all sorts of issues, but gradually … Africa is coming," said GlaxoSmithKline chief executive Andrew Witty.

GlaxoSmithKline is also betting on growing over-the-counter sales and plans to raise its holding in its Nigerian consumer products unit, which sells painkiller Panadol and Sensodyne toothpaste, to 80%.

The broad approach towards prescription and over-the-counter drugs reflects the uneven structure of the African market.

On one hand there is the emergence in large cities of a well-off middle class that can increasingly afford to pay for western medicines, including modern drugs that may cost tens of thousands of dollars. Two-thirds of the pharmaceutical market opportunity in Angola, for example, is in the capital Luanda.

But affluent, urban Africans are still outnumbered by those living in poor rural areas with very limited healthcare service.

Lagos and Cairo are two of the biggest high-growth cities for African drug sales. Another is Algiers, currently a priority for Sanofi, which has been in Africa since 1953.

The French company already runs two factories in Algeria and is investing €70-million to build a new plant in the outskirts of the capital. – Reuters